Alfie McTiernan is willing to brave a walk at night by himself to a new house rather than have to go to sleep. 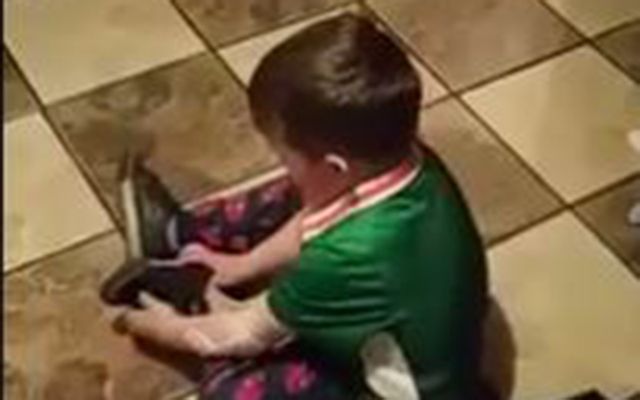 Alfie McTiernan is willing to brave a walk at night by himself to a new house rather than have to go to sleep. Noel McTiernan

Bedtime can be stressful for both parents and children, even at the best of times. While we can only speak for our own experiences, we know that plenty a temper tantrum has been pulled when “not tired” kids decide they are most definitely not about to go down for the night.

Young Alfie McTiernan from Co. Sligo took his determination a step further, however, as not only was he not willing to climb in under the sheets for the night, the precocious four-year-old decided he wasn’t even willing to stay in a house that would attempt to impose such a horrible bedtime upon him.

Decked out in his pajamas, Alfie velcro'd his shoes and declared that he’s going to another house in order to escape bedtime. There’s one problem for the young Sligo man, though. He knows he’ll get scared of the dark if he walks somewhere else and there’s not a working flashlight to be found in the house.

Read more: How two Dublin kids ran away from home to NYC

Captured on camera by his uncle Noel, Alfie 'tos and fros' with his family as he repeats his determination to go to another house while remaining unwilling to set a foot outside for fear of the dark.

The bedtime debate escalates into an adorable standoff on the stairs as a mysterious “Al Francis” is entered into the equation and one of them buckles to the thought of a four-year-old walking in the dark to heavens knows where.

If Alfie’s ever not feeling tired again in the future, we can highly recommend listening to the sounds of this Irish waterfall which has been proven as a rapid cure for insomnia.

Read more: Video of Irish waterfall used around the world to cure insomnia