First all-redhead gathering to be held in Germany

Redheads to gather from far and wide at a new annual celebration held in Hamburg, Germany. 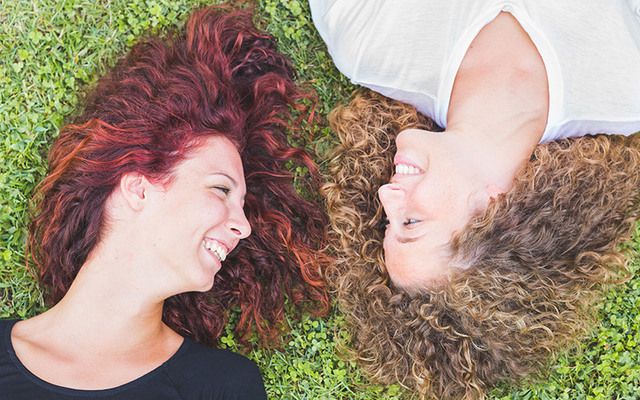 While the popular Irish Redhead Convention in Co. Cork is this year being forced to take a break from the highly successful event, a new gathering of red-haired people could fill the void in Hamburg, Germany.

The first German Redhead Day is to take place on Saturday, May 27, calling on redheads far and wide to come along and celebrate their unique hair color.

“I’ve had this idea since I met Bart from the original ‘Redhead Days’”, explained Trista Rodgers, organizer of the event and editor of the first magazine to be completely focused on red hair, MCR1 Magazine.

“We planned an affiliate event like the Chicago one, but I never had the motivation to finish the plan. This changed when the ‘Irish Redhead Convention’, another great gathering in Europe I really loved, announced they have to stop their event. From this point on, I had the energy to start this gathering in Germany. But I know I’ll miss the Irish gathering and this one in Germany will be different.”

While one wouldn’t normally think first of Germany when red hair is mentioned, the country has a relatively large redhead population, discovered with thanks to the redhead map that Rodgers kicked off last summer.

“It seems to be a big audience out there,” Rodgers said.

“I started a redhead map one year ago to find out where the redheads are and after 10,000 registrations, loads of redheads seemed to be around Hamburg and northern Germany as well.

“And after running my magazine for redheads, I know there are people interested in this kind of topic.”

Did you know there is a magazine devoted specifically to redheads?
MCR1
The gene that gives us redhair.
Check it out pic.twitter.com/oihgF7rRq6

Starting off with a BBQ in a place called Altonaer Balkon where there will be photographs taken of the group gathered.

“It’s great with a big harbor view and a small park with a great venue which is close for some nice drinks. I’ll try to meet up with people who are interested in this and at the end of the BBQ there will be a group photo of the redheads of course,” Rodgers told IrishCentral.

“For the night, I have organized an exhibition at a classy venue called Golem with MC1R Magazine. I’ll show new content for the upcoming 6th issue and at the exhibition, there will be two redhead DJ’s!”

While the gathering may not yet reach the heights of the Irish Redhead Convention just yet. Rodgers does hope that this annual event will continue to grow. Starting off small, he already plans to expand to the scale of the events in Breda, London, and Co. Cork once the word spreads.

The new event is a welcome addition to Rodger’s previous work in creating the MCR1 magazine, the first print magazine for redheads worldwide.

After seven magical years and the annual crowning of King and Queen of the Redheads, the success of the Irish Redhead Convention has eventually managed to work against them as the extent of hours needed to organize the ever-growing event has become unmanageable for the volunteers.

“When we launched in 2010, we had little idea of the enormous impact our ginger gathering would have on redheads of all ages and the positive shifts in attitudes towards having red hair. We created more than just a festival; we created a family, lifelong friendships, a support network and years of wonderful memories,” the organizers wrote in a statement on their website.

“However, the last couple of years have had their challenges. The festival has grown in size and demands and its associated costs and the investment of volunteer’s time have been increasing year on year. With little public funding and the lack of a main sponsor; ticket sales and the sponsorship and support of small local businesses have not been enough to cover the costs.

“We need to take stock and take a year out to try to resolve the issues so that we can once again the deliver the kind of festival that you are used to and deserve.”

Interested in attending the German redhead gathering? You can find all the information at their Facebook page here.