Dublin as seen from the International Space Station is every bit as magical as you'd think! 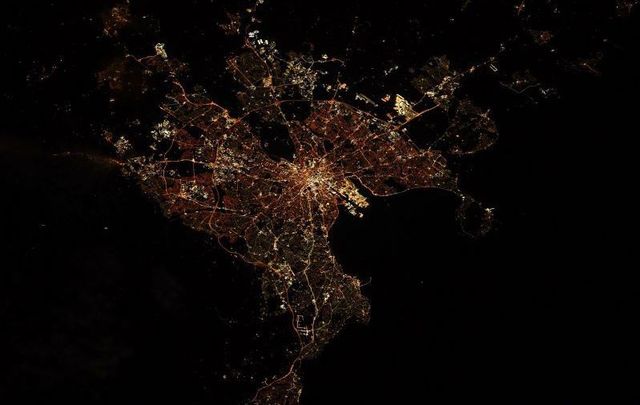 NASA astronaut Shane Kimbrough took to Twitter on Monday to share this glittering shot of Dublin at night captured from the International Space Station.

"Slàinte!" Kimbrough said in his tweet, noting that Dublin is one of his favorite cities and that he's looking forward to a visit next year.

One of my favorite cities – Dublin, Ireland! Look forward to seeing all of my friends there next year. Slàinte! #dublin #trinity #ireland #nasa #iss pic.twitter.com/dbN1E2wmwj

Kimbrough, a native of Texas and a retired Army officer, is a flight engineer on the current Expedition 65. The mission, which began in April and is set to conclude this month, is his third visit to space.

Last month, Kimbrough shared a different yet equally stellar shot of aurora as the Endeavour flew over Ireland and the UK:

Saw this out of Endeavour’s window the other night – amazing aurora as we flew over Ireland and the UK. #ireland #dublin #nasa #iss #aurora pic.twitter.com/f5EajSI8GR

Earlier this year, NASA shared another stunning picture of Ireland, also taken from the International Space Station, this time by astronaut Andrew Morgan.

Fittingly, the picture was shared on March 17 - St. Patrick’s Day!

Happy #StPatricksDay! ☘️ Similar to finding a four-leaf clover, capturing this shot of the southern end of the Emerald Isle on a clear day from the @Space_Station took a bit of luck — just ask @AstroDrewMorgan! pic.twitter.com/fPb4gGnot0

And how about this absolute beaut of a shot from 2011?