Co. Donegal couple overwhelmed as a host of popular Irish singers break into a “Catholic flashmob” during their wedding in 2017. 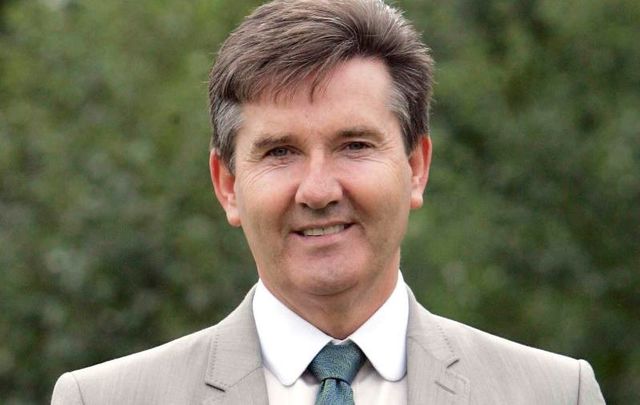 As if Daniel O'Donnell could get more endearing - the Irish singer planned a flash mob for his niece's wedding.

It can never hurt to rope your family into helping out with your wedding but especially when you can count on your uncle, popular Irish singer Daniel O’Donnell, to look after the music. Back in 2017, O’Donnell went one step further for his lucky niece Patricia Doogan (now happily Patricia Swan), however, when he got involved in a surprise “Catholic Flashmob” during the ceremony, leaving the young bride and many of the congregation in tears.

The unique flashmob went viral and was viewed over a million and a half times in just the three days after it was published.

Married in Kincasslagh, Co. Donegal,  in February 2017, Patricia and Neil Swan were taken aback as friends and family sitting in the pews rose one by one to join the priest in singing “How Great Thou Are”, gathering with him at the altar to pay tribute to the happy couple.

O’Donnell, commonly known as “Wee Daniel” among his fans, was not the only Irish star who lent his talented voice to the flash mob either, as Irish singers Derek Ryan, Tony Kenny, Shawn Cuddy, and Tony Allen also joined in, as well as O’Donnell’s wife Majella. What luck to have such talented people altogether!

The magical moment was organized by the couple’s friend Gavin Boyle, and celebrant Fr. Pat Ward was instrumental in the planning, leading off the singing himself.

"It was a total surprise. The only two people who knew were my friend Gavin Boyle who was one of the singers and my sister Fiona who was a bridesmaid. It was a huge surprise to everyone else at the church,” Patricia told the Irish Independent.

The plan was kept under wraps, with no rehearsal and the singers only deciding how the flash mob would play out as they all traveled to the church. The couple was shocked when they realized what was happening.

“Apparently there wasn’t an actual rehearsal, just a gathering in the church before the Mass began to discuss it. We had the best day ever and absolutely everybody said that the church was their favorite part of the day,” Patricia continued.