The cat filter Zoom call stumble by a US lawyer, possibly the funniest story of the year

This Texas lawyer was forced to inform a judge that he was "not a cat" in a video that just sums up the last 12 months. 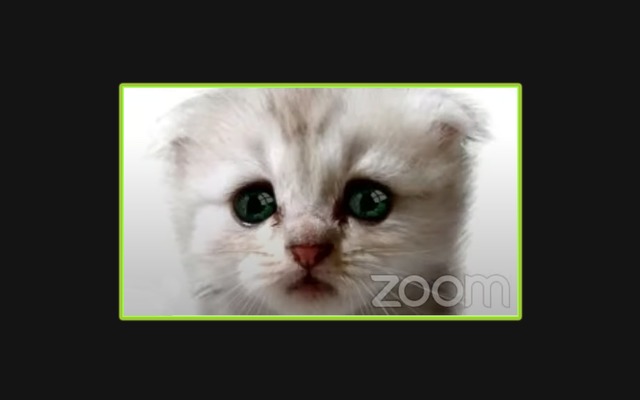 Rod Ponton accidentally left a cat filter on during a virtual hearing in Presidio County. YouTube

No video sums up the past 12 months of Zoom calls than this side-splitting video of a Texas lawyer desperately informing a judge that he's "not a cat".

Rod Ponton was forced to clarify that he was not a rather scared looking kitten during a virtual hearing in Presidio County in south-west Texas.

The ultra-realistic filter managed to capture the mortified look on Ponton's face as he desperately tried to turn it off with the help of his assistant.

"I'm not a cat," Ponton rather needlessly pointed out to Judge Roy Ferguson as the cat's eyes frequently flitted to the bottom corner of the screen.

The judge tried to inform Ponton that he had a cat filter turned on at the start of the video, but the lawyer comically interrupted him.

"Can you hear me, judge?" he said in a Texas drawl.

Ferguson said that he could hear him and again informed Ponton that he had turned on a filter by mistake.

"I can hear you. I think it’s a filter," Ferguson said.

"It is. And I don’t know how to remove it. I’ve got my assistant here, she’s trying to, but I’m prepared to go forward with it … I’m here live. I’m not a cat," Ponton said in one of the more bizarre statements of the year.

Ferguson replied with the most perfect monotone response he could have mustered: "I can see that".

Ponton was representing the state of Texas in a trial that centered on a person who had allegedly tried to leave the United States with contraband and illegally-obtained cash.

He told the New York Times that he was mortified by the incident but that he could see the funny side.

"If I can make the country chuckle for a moment in these difficult times they’re going through, I’m happy to let them do that at my expense," he said.