Christmas adverts are already hitting our screens and this Irish pub has created one using Guinness that is sure to go down as a classic. 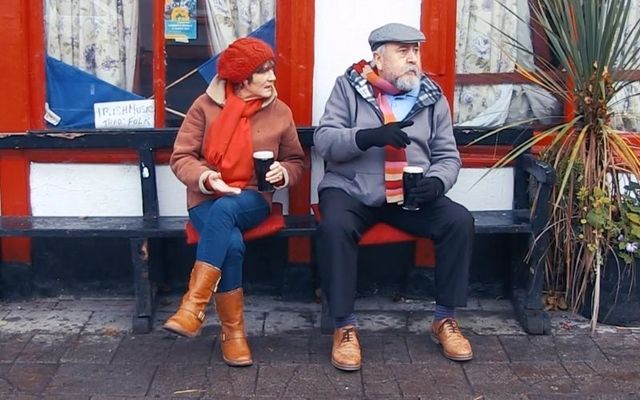 Year upon year, the classic Christmas advert rivalry increases, with the whole of Ireland impatiently awaiting the release of a new John Lewis or Guinness ad.

In 2017, however, JJ Hough's Singing Pub in Banagher, Co. Offaly emerged the dark horse winner of the commercial competition when they shared their sweet Christmas ad named 'Drone Alone.'

Shooting part of it on location in the pub, part in the home of an elderly woman struggling to put her Christmas tree, and part using some fabulous drone footage of the countryside, this heart-warming advert will have you chuckling from nountil December 25.

Created in association with drone.ie and JJ Hough's, the makers pay a special tribute to Sheila Hough, Darragh Kelly, John Hough, Martin Murphy, Margaret Murphy, Vinny Fennel, Noel Hayes Snr, Pierre Pepper Aileen Corrigan and "future film star" Blaithin Corrigan, who we can only assume is the woman after our own hearts knowing that a Guinness can save the day.

Now, we just need to figure out how we can get ourselves drones that will deliver a pint of the black stuff to our homes!

Do you have a favorite Christmas advert? Let us know in the comments!