While the Premier Inn in Belfast understands the need for as much practice as possible, the elevator may not be the best location. 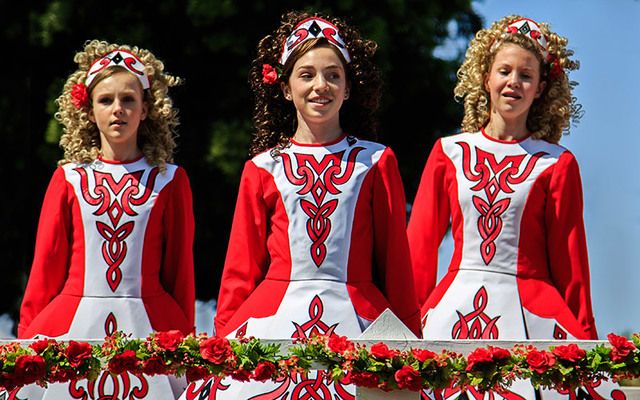 If you’ve ever attended an Irish dancing feis, you’ll know that the competitors will take any opportunity available to practice their steps and no matter whether they’re waiting in line for food or traveling on an escalator, Irish dancers are likely to break out in a rally at any given opportunity.

When large Irish dance competitions roll into town, hotel guests who are not associated with the feis can expect to see people practicing in every corner of the building but such was the extent that young dancers were taking random run-throughs of their steps in one Belfast hotel recently that staff were forced to leave this hilarious message in the interest of health and safety.

An Comhdháil World Irish Dance Championships began last weekend in Belfast with 5,000 dancers aged between nine and 21 descending on the Waterfront Hall to compete across 41 different competitions.

As such, many of Belfast's hotels are packed with competitors and in an effort to prevent any Irish dance-related accidents, a tongue-in-cheek sign was posted by the management of the Premier Inn Belfast warning young performers that it may not be the best idea to practice their steps in the elevator.

A sign posted in the Premier Inn in Belfast warning Irish dancers not to practice in the elevator.

“For all our Irish Dancing Champions,” the sign read.

“We at the Premier Inn understand how you need to practice constantly to perfect your skills. However, if you dance in the lifts they will stop moving and you will be stuck in here until we can get an engineer to come and rescue you.

“P.S. Best of luck at the Waterfront.”

The sign was spotted and posted to Twitter by Lianne Reddy who told the BBC that she was not staying in the hotel due to An Comhdháil but had noticed that the place was extremely busy.

Read more: Three-year-old Irish dancer is the cutest thing in the world (VIDEO)

"We had noticed the hotel was really busy but didn't know why," she said.

"I didn't realize there was an Irish dancing competition on until we saw the sign."

With over 28 branches worldwide, including Japan, the UAE and Australia, An Comhdháil World Irish Dance Championships will continue in Belfast until this Friday while the World Dancing Championships also kicked off in Citywest in Dublin today.