Ice hockey team made a music video for Christmas of Mariah Carey’s “All I Want for Christmas” and it's adorable. 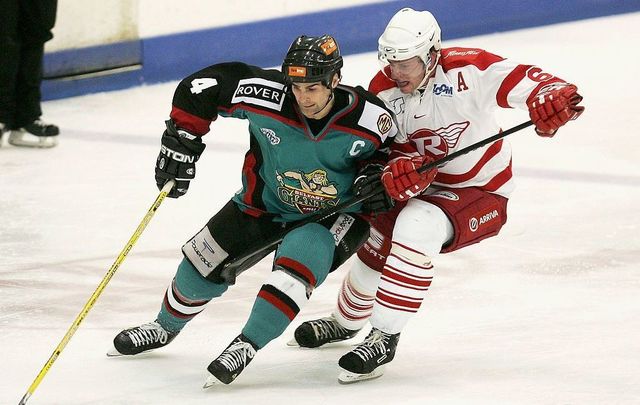 Northern Ireland hockey team the Belfast Giants treated us to a Christmas rendition of "All I want for Christmas is You."

The elite ice hockey league team from Northern Ireland, the Belfast Giants, made a music video for Christmas in 2010 of Mariah Carey’s “All I Want for Christmas” and the result was adorable ... and hilarious.

The video, which shows the team busting some serious moves while lip-syncing along to the Christmas classic hit has generated almost 350,000 viewers since then.

It seems that the video went viral after it was mentioned on Twitter by Mariah Carey herself. She tweeted: “The Belfast Giants show off some festive moves in their video version of 'All I Want For Christmas Is You'.”

To be fair, some of the lads may be better coordinated on the skating rink than they are with the dancing, but they make up for it in spades with their sheer exuberance.

Todd Kelman, who was then the manager of the Giants but has now crossed over the pond to the Cardiff Devils, said at the time that he came up with the idea as a way to promote upcoming games.

He said: “I thought it would be a bit of fun for us to get together and make this video of the guys lip-syncing to Mariah Carey… We got Debbie Maguire, our cheerleaders’ coach, to choreograph the routine and then the guys who do our videos shot it.

“Some of the Giants had never danced before and I think Debbie was a bit shocked at how uncoordinated they were. But after a few hours practice, they looked pretty convincing.”

Todd also believed he’d spotted a couple of stars in the team. He said, “Craig Peacock [who know plays for the Braehead Clan] is pretty good in it but I’d have to single out Mike Hoffman [now playing for the Ottawa Senators] in his elf costume. It’s not every day you get to see a 6ft 5in man dressed as a Christmas elf.”