Does this brewery's Lucky Charms lager take things too far?

Everyone's favorite childhood cereal has been transformed into a new tasty lager. 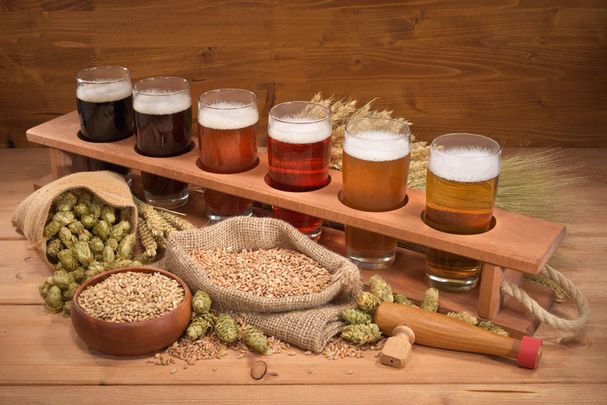 Could craft beers using breakfast cereal be the next big thing? iStock

An exciting new beer has been created using Lucky Charms cereal that will surely have the lovers of the sweet and colorful breakfast favorite eager to have a taste, adults only of course.

Lucky Charms Lager is the new pale lager created by the Kuhnhenn Brewing Company based in the city of Warren, Michigan. This breakfast and beer combination is sure to bring back some childhood nostalgia to thousands of adults who loved this morning time staple, and the ones that still do. Long gone are the days when a beer was just a beer, now consumers want more from their pint.

Lucky Charms cereal has been crafted into a new sweet lager

This tasty new beer has a unsurprisingly sweet aroma and flavor but won’t leave you feeling nauseated, with the smell at least as the same can’t be said if people decide to indulge with a few too many. Unfortunately this sweet treat is only available as a seasonal beer from the brewing company itself.

Each St Patrick’s Day the brewery hosts a breakfast of champions featuring the Lucky Charms Lager along with a variety of other breakfast themed favorites like Capn Crunchberries, Blueberry Pancake Ale, Cocoa Puffs Stout and even Candied Bacon Brown.

Kuhnhenn Brewing Company aren’t the only brewers dabbling with these tasty morning delights. Other brewing companies around the US also offer beers based on various popular breakfast cereals. With craft beer becoming more and more popular there could be a genuine market for breakfast beers. Maybe Weetabix beer will be the next big thing, helping people relax after work as well as getting provided with all that healthy fibre.

What cereal would you love to see made into a beer and what name would you give it?