These are the American equivalents to the Irish Exit - can you come up with one?

Why should the Irish get a "monopoly" on sneaking out of social events? 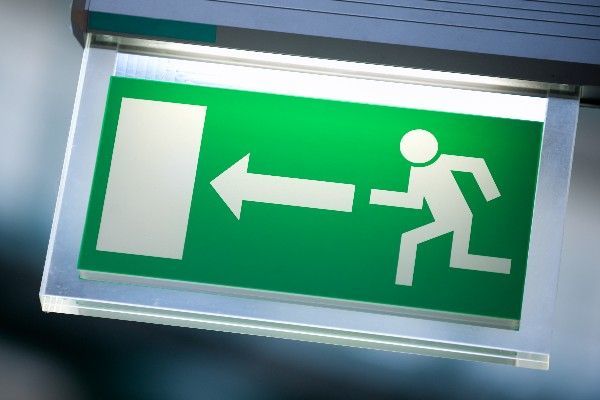 Check out these hilarious Irish Exit alternatives - can you come up with one? Getty

Why should the Irish get a "monopoly" on sneaking out of social events?

The Irish Exit has long been understood as sneaking out of a social event without saying goodbye to anyone.

Read More: Why the Irish goodbye is the best way to make your exit

Writing for The New Yorker, Ginny Hogan argues that there’s no need for the Irish to have a “monopoly” on being able to sneak out of parties early, and we agree!

Below, check out Hogan’s hilarious alternatives to the Irish Exit for different US cities. Can you come with any of your own?

Read More: What you need to know about the Irish Goodbye

The L.A. Cop-Out: Arrive five minutes before the party is over and blame traffic. Sneak some guac out with you.

The Phoenix Eye Contact: Wear sunglasses so that no one knows who you are. If they recognize you anyway, as they inevitably will, pretend to have gone blind from staring directly into the sun. Wearing sunglasses also allows you to stare at Derek and his new girlfriend without arousing suspicion.

The Seattle Opening: Tell everyone that you’re trying to beat the rain. Leave ten minutes into the party.

The San Francisco Hello: If you see someone you know, just “like” something that he posted on social media rather than verbally greeting him.

The D.C. Deferral: Say that you won’t have enough evidence to say hello until you’ve seen the results of an F.B.I. investigation.

The Houston Pass: Show up drenched in sweat and hug anyone who approaches you. This won’t get you out of attending the party, but it will compel everyone else to leave, which is almost as good. Now you’re at a party alone, drenched in sweat. (Fun fact: this is actually how the Slip ’N Slide was invented.)

The Chicago Egress: Let the wind (or your hair dryer) blow your hair into a wild tangle in front of your face, rendering you completely unapproachable.

The Las Vegas Departure: Bet money on who will leave first. Bet on yourself, leave, and win money.

The Minneapolis Smile: Plaster on a huge grin and hold it for long enough that people begin to wonder if you’ve had a stroke. Fortunately, you’re the only Midwesterner at the party, so you’re the only one who’d be nice enough to actually call 911. You’re home free, baby!

The Portland Withdrawal: Explain that you’re deeply upset by the number of dead animals being served as hors d’œuvres. Cry and then escape through the back door, on your way to K.F.C.

The Orlando Mask: Wear a Mickey Mouse costume. You’ll be the life of the party without having to say a word. Plus, if you decide to murder someone at the end (understandable), it’ll be a creepy enough story that Netflix will probably want to produce a documentary about it. You’ve always wanted to be famous!

The Alaska Escape: Alaska isn’t a city. Look at a map.

The Newark Hideout: Don’t get invited to the party in the first place.

The New York Entrance: Don’t go at all.

Can you come up with an Irish Exit alternative for another city? Share in the comments!