Irish Spring is renowned for using Irish stereotypes to sell its product. 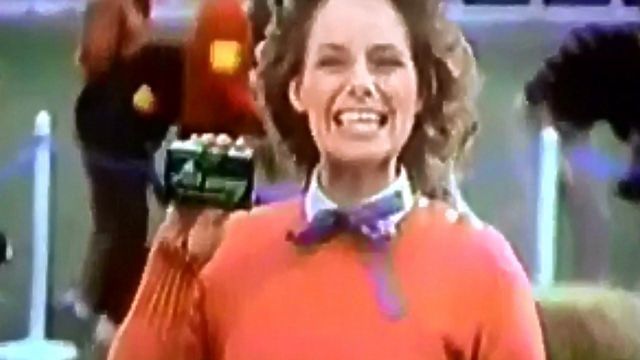 This US soap commercial from 1983 will leave you in stitches thanks to its hilariously stereotypical Irish accents.

Irish accents are never easy to pull off, but Irish Spring's "Fresh & Clean as a Whistle" commercial from 1983 are up there with the worst we've heard.

The commercial itself is also totally bizarre, featuring a cast of American actors promising that the soap will leave you "fresh and clean as a whistle" while cliched Irish music plays in the background.

All actors also added a wolf whistle between "fresh" and "clean".

Two of the actors appear to be showering outdoors in the middle of a wooded area while another actress strolls through a dog show informing passers-by of her favorite soap.

Perhaps unsurprisingly, Irish Spring has precious little to do with Ireland.

The company was founded in Germany in 1970 by the Colgate-Palmolive company and was subsequently launched in the United States in 1972.

The soap originally came in just one scent - "Ulster Fragrance" - but has since expanded to incorporate several different scents, while Colgate has also added an Irish Spring body wash that was promoted with the slogan "all the freshness of Ireland bottled".

Many of Irish Spring's commercials are set in Irish towns or villages and regularly refers to Ireland in its slogans and taglines, including "the Irish Never Quit" and "Add a Little Irish to your Game".

The company has faced criticism in the past for using Irish stereotypes to sell its product and has consistently run commercials employing old Irish cliches.

Irish Spring was also responsible for one of the most famous slogans of recent decades when a showering woman said "manly yes, but I like it too" in one commercial for the soap.