Copper Face Jacks appears set to make its long-awaited reopening in October after 18 months of closures due to the pandemic. 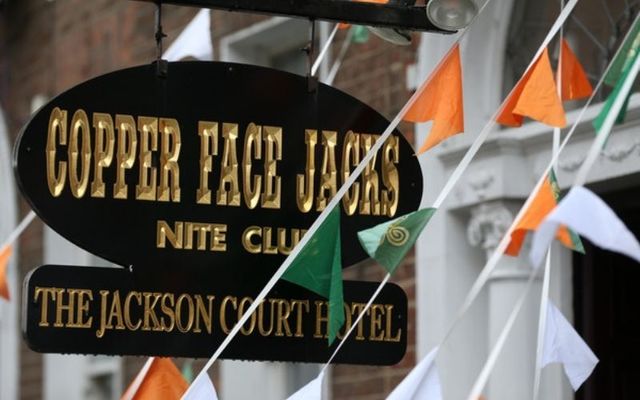 Copper Face Jacks, the famous nightclub on Dublin's Harcourt Street, is set to re-open its doors for the first time on October 22 after more than 18 months of closure.

Like all Irish nightclubs, the notorious Harcourt Street establishment has been shuttered since March 2020 due to the coronavirus pandemic.

However, the nightclub, often known simply as 'Coppers,' now seems set for its long-awaited and grand return on October 22 when the Irish Government removes all remaining public health restrictions.

The nightclub shared news of its reopening on its official Instagram account alongside the caption: "THE WAIT IS OVER".

The Harcourt Street establishment is Dublin's most popular nightclub and regularly draws a mix of students, nurses, teachers, and members of An Garda Síochána, while its late opening hours frequently attract all sorts of late-night revelers.

Coppers is notorious for its cheesy 90s and 00s dance hits and for "getting the shift".

The nightclub took home staggering revenues before the outbreak of the pandemic, recording pre-tax profits of more than €5 million in 2016 - a rate of €97,657 per week. In 2011, the nightclub's cloakroom alone reported profits of €217,146.

"Coppers" is the first Irish nightclub to officially announce its return when the Government lifts public health restrictions next month, although its return will be preceded by a pilot event at the Button Factory on September 30.

Minister for Arts and Culture Catherine Martin said that 450 people will be permitted to attend the pilot event, while they will be required to present their Digital COVID Certificate and take an antigen test upon arrival.

Martin described Ireland's nightclub sector as an "integral part of Ireland’s night-time economy and culture, and one of the hardest hit during this pandemic."