The adorable Connemara ponies are the only horse breed native to Ireland and are applauded for their strong work ethic and their friendly personality. 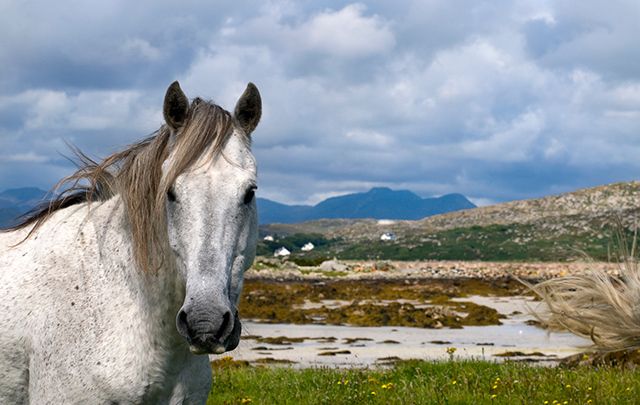 What's not to love about Connemara ponies! iStock

The Connemara pony, known in Irish as the Capaillín Chonamara, is a hardy, yet kind-hearted breed of horse unique to Ireland and native to the area in the west of Ireland known for its rugged yet beautiful landscape.

Connemara is blessed with moors and bogs that will shine in the sunlight while looking somewhat desolate, and mystical, in every other kind of weather. This is where the Connemara pony comes from, where it learned to adapt to its surroundings and develop all the essential qualities it needed to survive.

They are one mighty force for their small stature. Here are our top facts that prove Connemara ponies are the best:

Connemara ponies are Ireland’s only unique breed of horse 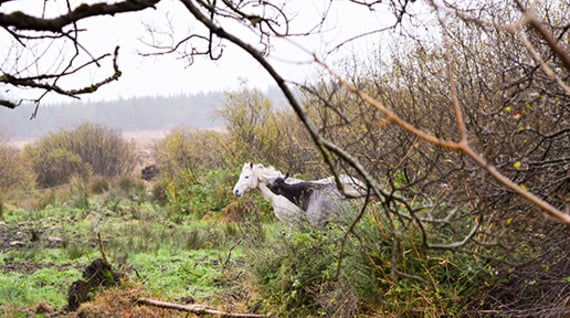 The Connemara ponies fit perfectly into the rugged Galway scenery.

Nowhere else in the world not even other parts of Ireland can lay claim to these sturdy, happy creatures.

But Connemara ponies have some origins in the ponies of Scandinavia 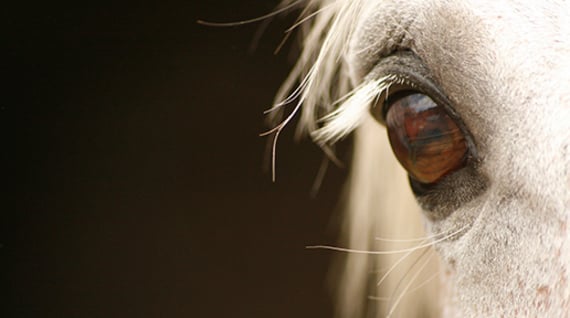 Although the Connemara pony as we know it is officially a native breed of our country, its origins are mainly from Scandinavia and Spain.

In 795 AD, an earlier version of the breed was among the many things the Vikings brought with them to Ireland, but it wasn’t until the Spanish Armada ran aground in 1588 that the Connemara pony was formed.

When the Spanish sailors of the armada unexpectedly found themselves in Galway in 1588 their Andalusian horses were set loose and began to breed with the wild Scandinavian ponies in the Connemara mountains. A new breed was born, bringing with it some of the best qualities of the two parent breeds. Other breeds have intermingled with the Connemara pony since then but not on such as large scale.

Connemara ponies have a fantastic temperament 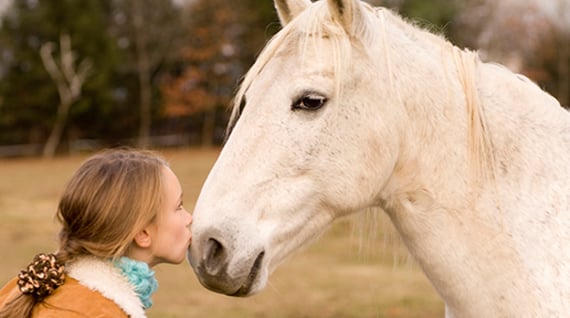 Connemara ponies are famed for their kind eye and good nature, making them perfect for children's trekking as they are gentle, trusting, honest, and willing.

Yet, Connemara ponies can also be trojan workhorses 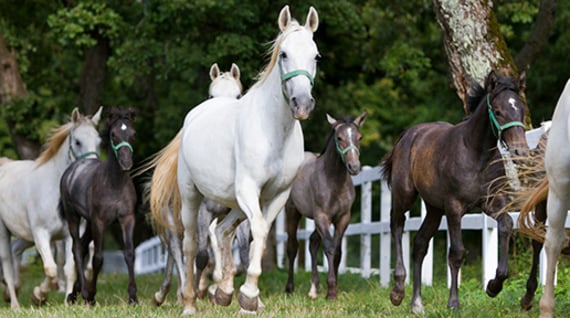 Before the ponies could enjoy their more relaxed, modern lifestyle, they were well-loved by Connemara families, who relied heavily on their one pony to help in farming. Right up until the mid-20th century, the pony was a backbone in these families' lives. The ponies were used to pull plows, carry turf and haul in seaweed to fertilize the land, as well as bring the family to Mass on a Sunday. 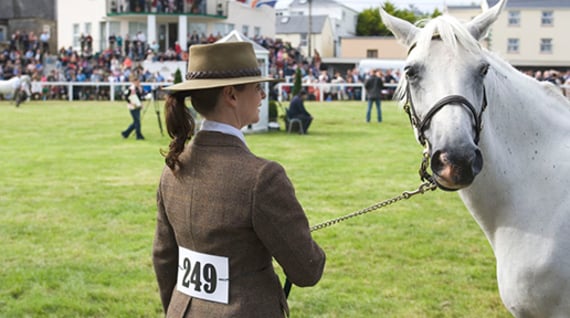 Despite their smaller stature, Connemara ponies adapted to the terrain in their local area by becoming fabulous jumpers, a trait they carried with them when they left the work fields behind them and entered the equestrian ring.

In the 1930s, the 22-year-old, 15-hand Connemara gelding, The Nugget, cleared a 7' 2" jump and went on to win over 300 international jumping prizes. A 14.1 halfbreed Connemara named Stroller was one of only two horses to jump a clear round in the entire 1968 Olympics.

Connemara ponies were not an official breed until 1926 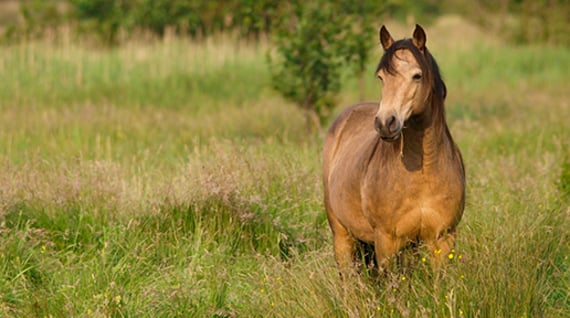 Despite the Spanish influence mixing with the Scandinavian as far back as the 16th century, it wasn’t until 1926 that an official society was formed to protect the breed. According to TheConnemaraPony.ie, with further cross-breeding with Arabian blood in the 1700s and crossbreeding with Hackneys and Thoroughbreds after this, there were fears the bloodline was in danger of being diluted too much. As a result, the Connemara Pony Breeders’ Society was founded in 1923.

Founded in Clifden, Co Galway by 30 local men, the Society aimed to protect and further develop the breed, publishing the Connemara Pony Stud Book in 1926 to make it official.

Connemara ponies are now bred internationally, but there are no large commercial breeding farms 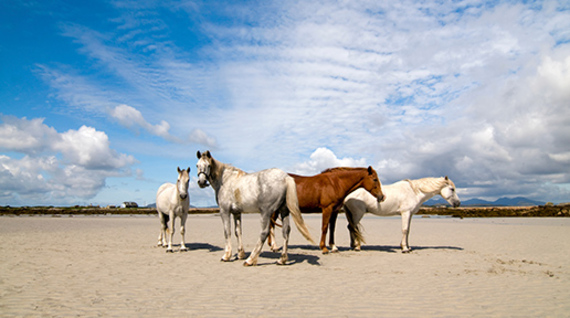 Like the people of Connemara, the ponies can now be found far and wide, as their work ethic and sensibility put them in high regard around the world. Today, Connemara ponies are bred in Ireland, the UK, across Europe, in the US, Canada, Australia, New Zealand, and South Africa.

Just like their human counterparts, Connemara ponies have played an important role in America 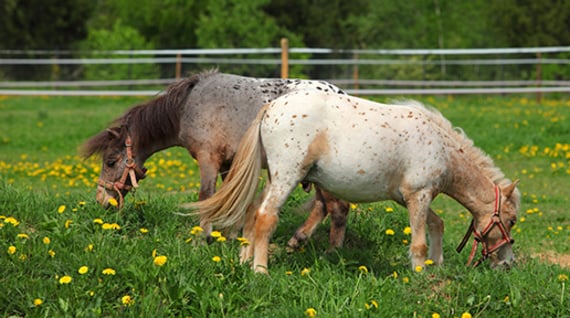 According to the American Connemara Pony Society, “The Irish have contributed much to this country, and any owner will tell you the Connemara Pony is the greatest Irish contribution. For along with great athleticism and versatility, the Connemara has a special kindness, a huge heart, and an ability to bond with their human handlers that is unique to this breed.”

Connemara ponies are the largest of the pony breeds 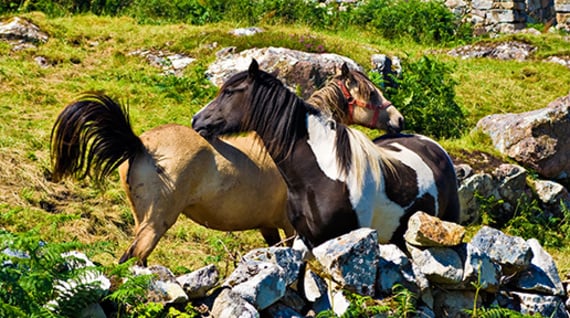 Connemara ponies are now owned for adventure trails, working with kids, or showjumping and other English riding disciplines 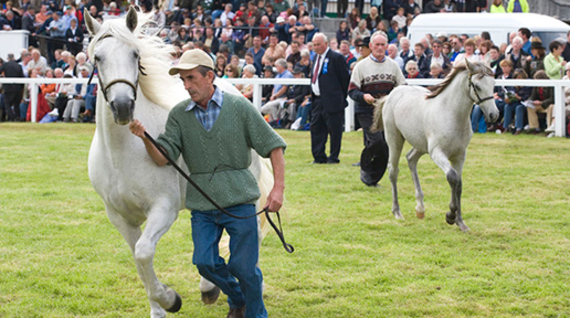 Acting as a suitable mount for either children or adults (they are a favorite in the US for middle-aged women), Connemaras can now be seen most often as show jumpers, in eventing, or while exploring trails around the world.

The first Connemara pony was imported to Australia in 1963 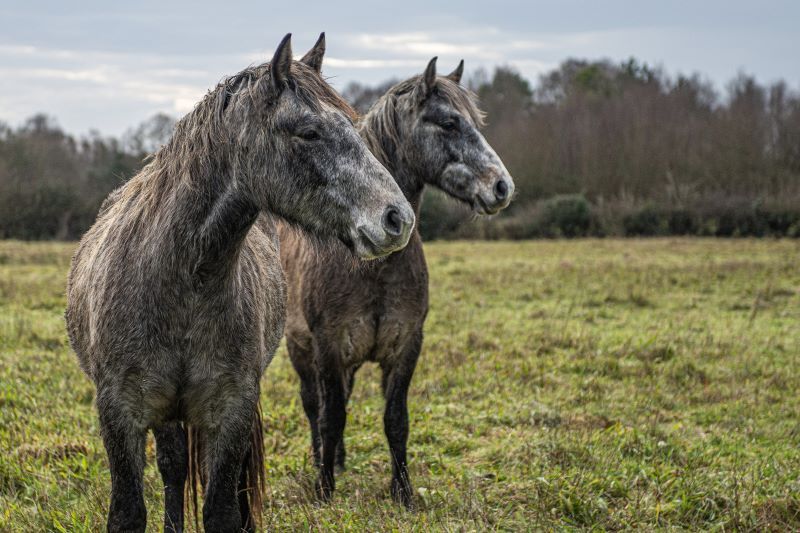 Australia also shares a massive love for the breed. In 1963, Dr. Fred Wilshire imported the first Connemara pony, Island King, into the country.

Grab your free collector's edition of Ireland of the Welcomes magazine