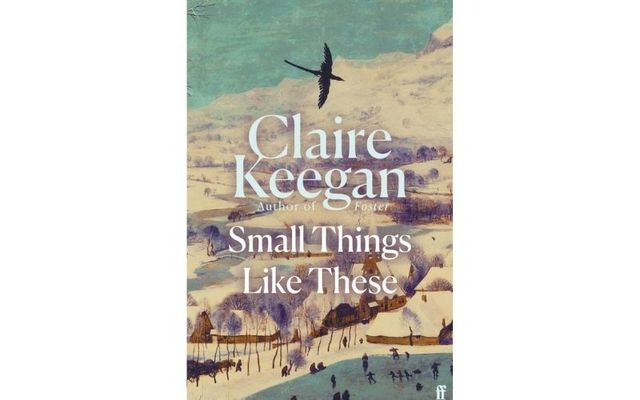 Claire Keegan's "Small Things Like These" has been shortlisted for The Booker Prize 2022.

At 116 pages, "Small Things Like These" is the shortest book to be recognized in the prize's history, although Alan Garner's Treacle Walker, which is also nominated, contains fewer words, reports HotPress.com.

Here is a synopsis of the book: "It is 1985 in a small Irish town. During the weeks leading up to Christmas, Bill Furlong, a coal merchant and family man faces into his busiest season. Early one morning, while delivering an order to the local convent, Bill makes a discovery which forces him to confront both his past and the complicit silences of a town controlled by the church.

"'Small Things Like These' is a deeply affecting story of hope, quiet heroism, and empathy from one of our most critically lauded and iconic writers."

"Why did we choose these six?" said Neil MacGregor, chair of the Booker Prize 2022 judges.

"In every one, the author uses language not only to tell us what happens, but to create a world which we, outsiders, can enter and inhabit — and not merely by using words from local languages or dialects.

"NoViolet Bulawayo’s incantatory repetitions induct us all into a Zimbabwean community of memory and expectation, just as Alan Garner’s shamanic obliquities conjure a realm that reason alone could never access.

"Percival Everett and Shehan Karunatilaka spin fantastical verbal webs of Gothic horror — and humor — that could not be further removed from the hypnotic, hallucinatory clarity of Claire Keegan’s and Elizabeth Strout’s pared-down prose. Most important, all affirm the importance and the power of finding and sharing the truth."

"The Trees" by Percival Everett

"The Seven Moons of Maali Almeida" by Shehan Karunatilaka