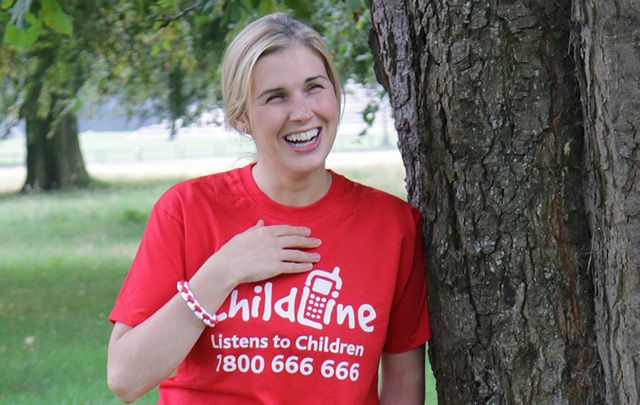 A Corkwoman is looking to set a world record by becoming the first blind woman to run the World Marathon Challenge - seven marathons in seven days on the seven continents - also known at the 777 challenge.

Thirty-four-year-old Sinéad Kane, who was born with only five percent vision, qualified as Ireland’s first ever blind solicitor (non-trial attorney) and is also a PhD student. Kane got the running bug late in life but has been at it for over four years now.

“Growing up I was never encouraged to do sport,” she told the Irish Times. “I was asked to do a run for the National Education Centre for the Blind and Visually Impaired. I said yes and then said ‘my god I don’t know what 10k is.’ It could have been here to the front door. When you don’t drive it is difficult to measure distance.”

Her $38,000 entrance fees have been paid by Allianz - a financial service company - a spokesperson for whom said, "We are truly delighted to lend our support to Sinead as she prepares to take on the biggest sporting challenge of her life.

"Sinéad's drive, ambition and determination to compete at a world level is an inspiration to us all and we wish her well as she dares to step into the record books."

Sinéad will be assisted in her run by guide John O’Regan, a 47-year-old Dublin man, who has extensive experience of international running marathons and previously traveled to Antarctica with blind and paralized adventurer Mark Pollock.

The first marathon took place in Antarctica on January 23 and since then she’s completed the South American, North American, European and African legs of her odyssey.

Today I didn't feel the freedom from my disability as there were many obstacles. 5 down and 2 to go #blindrunner777 pic.twitter.com/Rm8CNQvehB

“The minute you cross the start line in Antarctica that’s when they clock you,” she explained. “You do the marathon, get back on the plane and basically sleep there.”

But it was the first race that she worried would be the hardest. “I’m very fearful about Antarctica,” she admitted before she left.  “A lot of people think about blindness as darkness. I suffer from too much light and too much glare. Everything to me looks like white snow blindness.

“When I’m out there it will be white snow and a white sky and that will be really difficult. I have five per cent vision. I have too much light pigment in my eye and take in light through my whole eye. You only take in through the pupil. I get watering, I get itching and the whole thing turns into a headache and then a migraine.”

With five races, she has only Dubai and finally Sydney before she completes the challenge. You can follow Sinéad’s progress on her blog www.allianz.ie/blog/Sinead777 and on Twitter @blindrunner777.

Below the incredible Cork woman's TED X talk, made in Dublin: