Baileys new Reclaim Her Name campaign features a collection of 25 novels that give credit to the female authors who worked under pseudonyms. 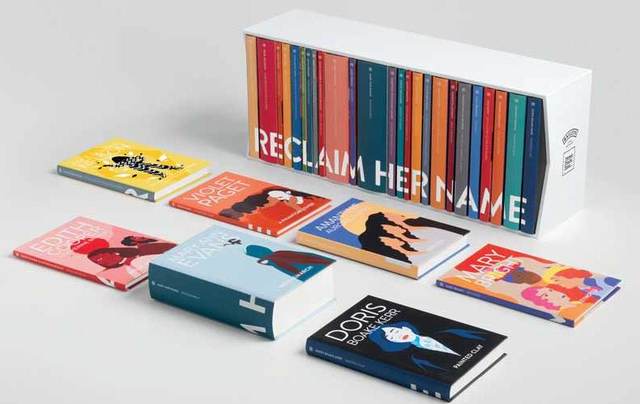 Baileys, in collaboration with the Women’s Prize for Fiction, have launched the “Reclaim Her Name” collection of 25 novels released for the first time under their female authors’ first names.

The writers featured in the collection were all previously published under male pseudonyms, and the campaign aims to “honor their achievements and give them the credit they deserve.”

Female writers have resorted to male pen names throughout history to be taken seriously and to be published. The new initiative seeks to highlight the continuing challenges women face in publishing.

To celebrate the 25th anniversary of the @womensprize, we’re re-releasing 25 books with their female authors’ real names on them for the first time.

A team of researchers selected the 25 works after considering more than 3,000 pseudonymous writers.

The collection’s release of "Middlemarch" marks the first time the novel has ever been published in the author’s real name.

Also included is “Marie of the Cabin Club” by Ann Petry (aka Arnold Petri), the first African American woman to sell more than a million copies of a book.

The works in the series have received new modern cover designs from a selection of female illustrators from across the globe.

(The cover for “The Life of Martin R Delany” by Frances Rollin Whipper mistakenly featured the silhouette of abolitionist Frederick Douglass instead of Delany. Baileys has since apologized for the error and has replaced the cover in the online versions of the novel.)

The 25 books are free to download as eBooks and physical box sets will be donated to selected libraries.

Women’s Prize for Fiction founder-director Kate Mosse said: “Baileys has been a sponsor of the Women’s Prize for Fiction for many years now and together we have been dedicated to honoring, celebrating and championing women's writing. Together, we’re incredibly excited by the Reclaim Her Name campaign – it’s a lovely way to celebrate the 25th anniversary of the prize, by doing what we always strive to do – empowering women, igniting conversations and ensuring that they get the recognition they deserve.”

More information on the campaign can be found here.