The Happy Prince is one of Wilde's best-known works. 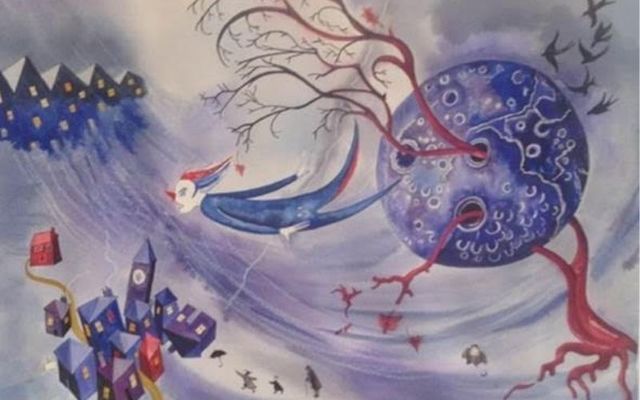 An Australian artist is set to launch an exhibition of 26 watercolor paintings inspired by one of Oscar Wilde's most famous works.

Kim Carpenter has produced a stunning exhibition of 26 original watercolors which tell the narrative of "The Happy Prince", which Wilde released in 1888.

Carpenter's whimsical and imaginative drawings capture Oscar Wilde's wit and social documentary in the famous story about struggle and survival and the divide between the rich and the poor. The story tells of a swallow who was left behind in a town full of suffering people and its relationship with the statue of a happy prince who has never known sorrow.

Carpenter has recently adapted the Happy Prince for the Australian Ballet in addition to designing the set and costumes.

However, the ballet, which premiered in Queensland in February, has had to cancel its remaining performances in 2020, including a run in the Sydney Opera House in November and December. It had sold the most seasonal tickets of any production in Australian Ballet history.

Carpenter didn't allow his love and knowledge of the Happy Prince to go to waste though.

He believed that the COVID-19 pandemic highlighted the same social divisions that Wilde wrote about more than 130 years ago and set about transforming his story into a visual piece.

"It has been a joy to harness all my visual references from Wilde’s book and the process of creating and designing the ballet in order to reinvent them so as to tell the story in a purely visual form to be experienced in an art gallery," Carpenter said. "So, the lockdown has allowed me an absorbing, driven, creative period."

Carpenter's exhibition is also available virtually and is set to the music of Christopher Gordon, who scored the Australian Ballet's adaptation.

You can take a virtual tour of the gallery here.