On Easter Monday, all branches of Irish society turned out to celebrate Irish culture and creativity in a free nation-wide event. 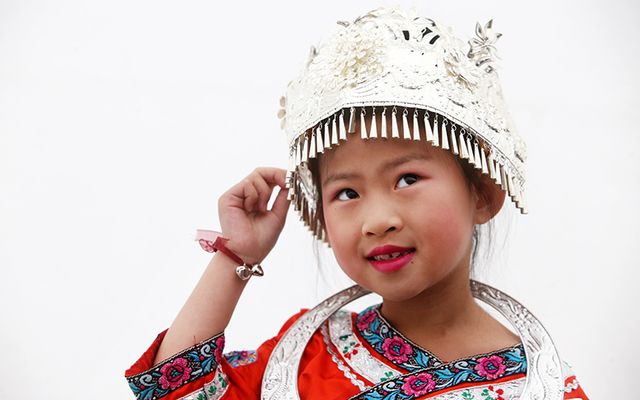 Yu Ying Yang (7) from Dublin, a dancer from the Chinese Children's Dance Academy in front of the Custom House as part of Cruinniú na Cásca. RollingNews.ie

This past Easter Monday, April 17, more than half a million people turned out for free events around Ireland as part of a new, large-scale public festival that celebrates the culture and creativity of modern Irish society. In this amazing video that captured some of the Dublin events, we get a glimpse of the inclusive spirit of the nation.

Red hair, pale skin, and freckles with a traditional instrument in their hand may be what first comes to mind when you’re asked to imagine an Irish person, but in the increasingly diverse society that is modern Ireland, many members of the Irish population are far-removed from this stereotypical image.

Lauded as the new national day of creativity, Cruinniú na Cásca (“the Easter meeting”) saw events take place in all 32 counties of Ireland with four centers opened in Dublin city alone. The event was presented by Ireland’s national broadcaster RTÉ, along with Creative Ireland, a program set up by the Irish Department of Arts, Heritage and the Gaeltacht to promote Irish arts at home and abroad. It is seen as a follow-up to the runaway success of 2013's The Gathering and last year's 100th Anniversary of  Easter 1916.

“I think it’s a really good way of introducing our culture to our kids,” said one attendee. “My partner’s not from Dublin, so he’s really interested to see all these Irish crafts and Irish music. So it’s for us but also great for visitors as well, I think.”

With musicians, artists, filmmakers, illustrators, performers, dancers and many more entertaining the 550,000 people who attended one of the 50 events nationwide, inclusivity was clearly on show as all walks of like took advantage of the Easter activities.

While the video shows off the traditional Irish crafts, there's also plenty of dancers and dances from other cultures, as well as newer crafts that are steadily growing in modern-day Ireland.

“When we thought about what it might entail, we kept coming back to the idea of inclusivity, that this should be a festival for everybody,” said Lorelei Harris, Head of Arts and Cultural Strategy in RTÉ.

Taoiseach (Ireland's Prime Minister) Enda Kenny said: “It’s a cruinniú and that means, not just a meeting, it’s a gathering. It’s about people. It’s about ourselves. It’s about who we are.

“It’s about Ireland not being afraid to express ourselves the world over. We are a global people and we’re about to prove it over the next number of years.”

And Taoiseach Kenny seemed to more than enjoy the event, spotted swinging through a few sets of céilí dancing and trying out the brush dance routine.

The release of the video comes the same week an Irish woman sparked a #WeAreIrish movement online from those who want their voices heard as Irish people who may not look like the norm. Proud Kerry woman and Gaeilgeoir Úna-Ming Kavanagh was raised in Ireland from a very young age but is tired of not being represented as a non-white person in the Irish media and being told she’s not as Irish as somebody else simply because she doesn’t fit the traditional stereotype.

A Kerry woman was sick of being asked why she looked 'different' - so she set up #WeAreIrish: https://t.co/Fm7z7fFGwY (via @dailyedge) pic.twitter.com/DShIIG5KVr

It appeared she was far from alone as Irish people of various ethnicities and backgrounds joined her call to declare themselves proudly Irish, despite not fitting into others' set mold of what an Irish person should look like.

Did you attend Cruinniú na Cásca? Let us know what you thought of the events in the comments section.