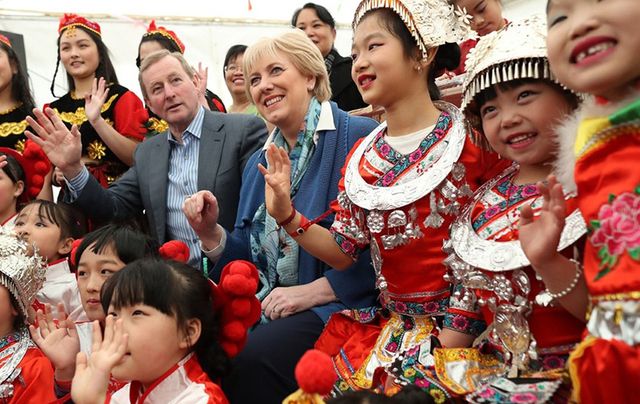 Almost 550,000 people turned out in Dublin and nationwide on Easter Monday for the first Cruinniú na Cásca, the large-scale free public festival presented by RTÉ in association with Creative Ireland.

Cruinniú na Cásca, which means “a meeting at Easter”, aims to celebrate culture and creativity in contemporary Irish society through a rich variety of live music and dance, talks, coding, theater, art and music workshops, readings and screenings, special events and more.

In addition to the events which took place across four zones in Dublin City, 31 local authorities hosted free, family-friendly Cruinniú na Cásca events in their individual counties as part of the national Creative Ireland Programme.

Minister for Arts, Heritage, Regional, Rural and Gaeltacht Affairs, Heather Humphreys TD said,“I want to thank everyone who came out today to take part in our first Cruinniú na Casca, Ireland’s new culture day and an initiative of the Creative Ireland Programme. I would also like to extend my appreciation and thanks to all our partners across the country who helped make today such a huge success. This was truly a day when we came together to celebrate our creativity and the energy and diversity of Ireland today.”

RTÉ Director-General, Dee Forbes said "We are delighted that the public has responded so positively to the first Cruinniú na Cásca . Allowing the public to come together, celebrate and engage with national events is a key part of RTÉ's role and public purpose and through a successful partnership with Creative Ireland we have invited the country to join us in a celebration of Irish culture and creativity. It has certainly turned out to be the special and unique day we hoped it would be, in Dublin and right across the country."

Speaking in advance of the event Minister Humphreys said “I am delighted that we have got this new national day of creativity up and running with a bang.”

She continued “Up to 50 events are taking place outside Dublin this year, and it is my hope that we can build on this and stage even more events nationwide in 2018. Engaging in the arts and culture is good for our well-being and through Cruinniú na Cásca and the Creative Ireland Programme we are aiming to increase participation in the arts among young and old, for the betterment of our society.”

Creative Ireland is the government’s Legacy Program for Ireland 2016. It is a five-year all-of-government initiative, from 2017 to 2022, which at its core is a strategy which aims to improve access to cultural and creative activity in every county across the country and among the diaspora.

Speaking at the Irish launch, Taoiseach Enda Kenny said: “Creative Ireland is about placing culture at the center of our lives, for the betterment of our people and for the strengthening of our society.”

Irish success in showcasing the country through The Gathering, the 1916 Centenary, and the Wild Atlantic Way events has led to a strong recognition by the Irish government of the extraordinary “soft power” of Irish arts and culture.

You can read more about the program here www.Ireland.ie.