Higher-speed internet could bring an economic boost to parts of rural Ireland. 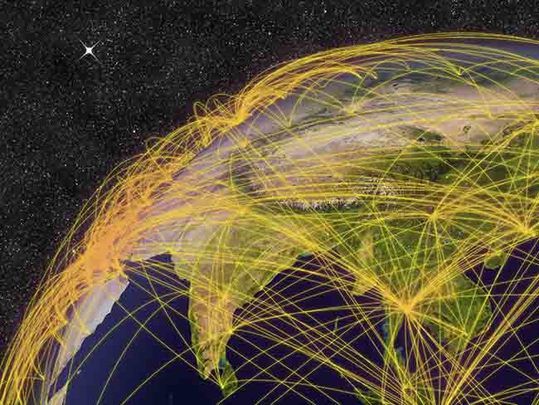 Plans for a high speed fiber-optic cable between Ireland and New York are set to see an economic boost for the west of Ireland.

The $3 million America Europe Connect Fiber Optic cable will provide Ireland with its fastest Internet connection yet, allowing for a greater connection than ever before between Ireland and America.

Fibre Optic cabling between U.S and Mayo (Ireland) will be a Game Changer for Mayo Business #MayoDayLive on @irishtv

According to an article in the Irish Times last April, promoters at that time had secured both funding for the project and planning permission to ground the cable, with building believed to begin at the start of the summer.

In early July, the Connaught Tribune reported that the foreshore license had been granted for the cable that will stretch 3,355 miles under the sea between Shirley, New York and Killala in Co. Mayo.

The fiber-optic cable will be the first fiber connection between Ireland and the US, allowing for key infrastructure for data centers and cloud computing investments in the western region in the future.

Welcoming the granting of the foreshore license, Irish Prime Minister (Taoiseach) Enda Kenny told the Tribune, “I spoke with Minister Coffey [Minister of State at the Department of the Environment] this evening and I am very happy to report that this important step is now complete.

“This cable has the potential to transform Mayo by enhancing the telecommunications infrastructure in the area and putting our county at the centre of a global network.”

“Ireland will become an essential stepping-stone between North America and Europe,” he continued.

It looks certain the quickest trans atlantic fibre optic cable will be off the coast of Mayo!! Up the Green & Red!! http://t.co/od66rIqqiM

“The cable will future-proof Ireland for data content storage facilities, meaning rural areas will be well placed for investment in this type of industry in the coming years. The government's aim of bringing the recovery to every part of Ireland is working.”

In order to begin the project, Dublin-based firm Aqua Comms agreed a $125 million (€116.5 million) loan with Nomura International, the global banking giant and the total cost of the initial phase of the project is said to be in the region of $300 million.

Greg Varisco, COO of AquaComms, said "AquaComms' strategy is to build and operate a diversified, solution-based network, providing term and peak capacity product offerings and working in partnership with its contractors, equipment suppliers, backhaul network providers and customers to support the US's and Europe's expanding data requirements of today and for tomorrow, ultimately offering 'infrastructure-as-a-service'”

The project is expected to be completed by December 2015 with plans to continue the cable to mainland Europe after this.

The importance of broadband in rural areas has become a topic of much debate in Ireland in recent years as the necessity for companies and even individuals to have access to high-speed internet has increased.

This will be a boon for the tech sector (which is already exploding) in Ireland - http://t.co/mmGJW9Cw3N

There are parts of the country where there is no option for fiber-optic broadband available and the Irish government is currently rolling out its National Broadband Plan which aims to bring broadband of at least 30Mbps to every premise in the country that wants it by 2020.