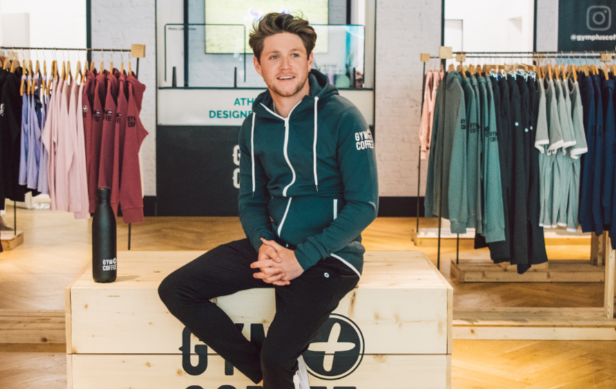 Niall Horan has become an investor and shareholder in Gym+Coffee. Gym+Coffee

Niall Horan has invested in Gym+Coffee, becoming a shareholder with an aim to support the business and help raise the profile of the brand internationally.

Gym+Coffee launched in 2017 and has quickly become one of the fastest-growing businesses in Ireland and the United Kingdom.

Irish rugby legend Brian O’Driscoll is already an early investor in the business and celebrities like Joe Wicks, podcaster, and musician Niall Breslin are known fans of the brand.

In 2020, Gym+Coffee set their sights on international expansion and despite lockdown, opened a store in Westfield, London, and have plans for further retail ‘Clubhouses’ to open in 2021.

Gym+Coffee CEO, Niall Horgan commented: “We are so excited for Niall to officially come on board and support a business like ours.

"Over the last 10 years, Niall has represented Ireland with optimism, inclusivity, energy, and positivity on a global stage and has become a household name across the world. He is what we aspire to become as a business. We hope that with his guidance and direction Gym+Coffee can emulate some of the success he’s had and proudly represent Ireland internationally.”

Investor and advisor Niall Horan commented, “I’ve been a fan of Gym+Coffee for some time both as a brand and a business. I love the idea of the community they created around the brand and their goals to 'Make Life Richer'.

"The first time I bought some Gym+Coffee gear I was struck by the high quality of the clothing and I was delighted to see they were an Irish brand with a serious team behind their operation. As I looked into it more, I started to understand their ambition and I’m delighted now to become part of the team that will hopefully bring the brand to a wider audience.”

Niall visited the new Gym+Coffee Westfield Clubhouse on the opening weekend saying, “I visited the first UK store in Westfield last year and hooked up with some of the founders. I was struck at how a young brand from Ireland was starting to make an impact on the international market. I realized there were some good synergies between us, and the relationship took off from there, ending with me investing in the company and becoming part of the team.”

A long-time friend of Niall Horan, British wildlife and entertainment photographer, Conor McDonnell joined a streamlined team to capture the launch of this partnership at Gym+Coffee’s Westfield London Clubhouse this year. Conor is a WWF Ambassador, Nikon Europe Ambassador, and was named in Forbes' 2016 30 Under 30 list.