Representatives from both countries met in Paris to sign the agreement on December 12. 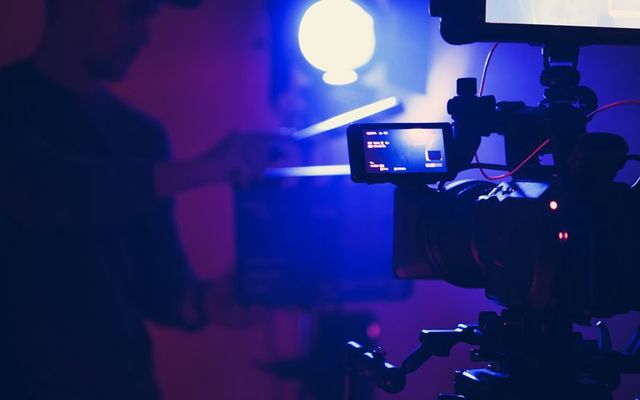 Ireland and France have signed a Cinematographic Co-Production Agreement. Getty

The French and Irish governments have signed a new film co-production agreement.

Burgess told Screen: “We’ve been trying to do this for 20 years," adding that French president Emmanuel Macron’s 2021 visit to Ireland helped to push things forward.

If a project is certified as an official co-production, it is effectively regarded as a national production in each of the co-producing territories, according to a statement released by the Ireland's Department of Tourism, Culture, Arts, Gaeltacht, Sport and Media. The production is then eligible to benefit from local territory benefits in the co-producing country such as broadcast license fees, access to tax incentives, regional subsidies and the local distribution market.

To qualify as an official co-production under these agreements, there must be a co-producer in each country and there must be a balance between the Irish financial and creative contribution and that of the co-producing partner.

Prior to the new agreement, co-productions between the two countries have been based on the European Convention on Cinematographic Co-Production, which required at least another European country to be involved in production.

Victor Hadida. President of Metropolitan Filmexport, said the agreement will “accelerate and facilitate our co-productions moving forward” with “more favorable conditions” and “no need for third parties.”

Ireland's Minister for Tourism, Culture, Arts, Gaeltacht, Sport and Media, Catherine Martin, said: “The signing of this Co-Production Agreement will lead to benefits for the industry in Ireland and will incentivize work between our two film industries. The bilateral basis of the Agreement allows for cultural stories to be told across both territories, recognizing our shared values and opening up access to a wider talent pool based in both France and Ireland. There is great potential now to deepen the cultural conversation between Ireland and France further and create further employment opportunities."

Ambassador of Ireland to France Niall Burgess said: “Yesterday’s historic signing ceremony of the co-production agreement in Paris will facilitate cultural and creative exchange between France and Ireland. We look forward to fostering and deepening relations with our colleagues in France as a result of the signing of this co-production agreement.”

Susan Bergin, Chair, Fís Éireann/Screen Ireland, said: “We would like to thank Minister Catherine Martin for her support on ensuring Irish/French partnerships in film continue to grow. This Treaty is a fantastic opportunity for Ireland to build closer working relationships with French producers and production companies, and to tell cultural stories across both nations, recognizing our countries’ shared values and distinct offerings as cinematic storytellers. As a result of this new agreement, we’re looking forward to creating more feature films for the big screen together, as we continue to champion European co-production for decades to come.”

This partnership is the second such agreement between Ireland and an EU Member State. Ireland already has an existing co-production agreement with Luxembourg.

It was also announced that a Franco-Irish industry workshop would take place at the Cannes Festival in May 2023 to encourage and facilitate co-production projects between both France and Ireland.