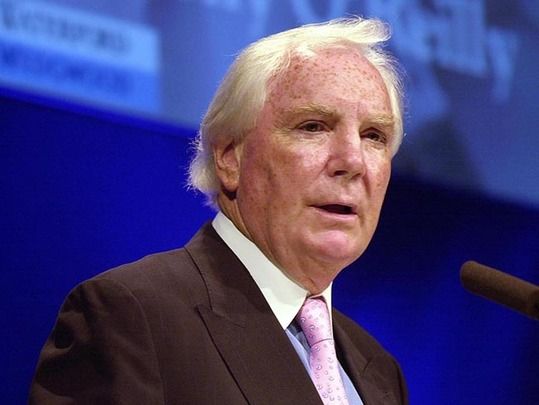 Killarney: Tony O’Reilly, co-founder of the Ireland Funds almost 40 years ago, is still very involved and it is illness, rather than financial worries which is keeping the former billionaire away from the largest ever funds conference in Killarney this week.

That is according to the current chairman John FitzPatrick, one of the few people to have met with O’Reilly recently.

Fifteen months into the job of chairing the American Ireland Fund, hotelier and top New York businessman John Fitzpatrick says one of the highlights so far has been a meeting with the co-founder and first chairman of Ireland Funds, Tony O’Reilly Snr.

It is Tony O’Reilly’s Ireland Funds and his insights that interests John Fitzpatrick.

“We were all worried – no one had heard from him,” Fitzpatrick said.

Then four weeks ago Mr Fitzpatrick was invited to lunch in New York with the first chairman – an event that lasted four hours.

“He has had a serious back back injury and has been confined,” Mr Fitzpatrick said.

“He put me through the ropes – asked all the right questions and more importantly wants to be kept informed,” Mr Fitzpatrick said.

The first chairman had hoped to attend the Killarney conference. However, due to a setback in his recovery he could not.

“I am confident I will see Tony O’Reilly at an Ireland Fund event before long,” Mr Fitzpatrick said, adding he was still very involved.