An Irishman has lost the title of "youngest self-made billionaire in the world" to none other than social media queen Kylie Jenner. 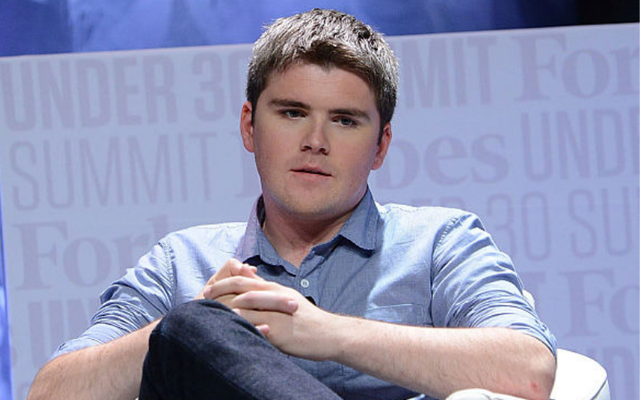 Kylie Jenner and Stripe co-founder John Collison are among the 2019 Forbes list of billionaires under 30.

An Irishman has lost the title of "youngest self-made billionaire in the world" to none other than social media queen Kylie Jenner. While much of the world debated whether Jenner was truly self-made, Tipperary man John Collison had not much to complain about despite his loss of title, with the Forbes list announcing that he's added another billion to his worth since 2016.

Haven't we gone over this?

Who is John Collison, co-founder and President of Stripe?

John Collison is the 28-year-old Irishman who, alongside his brother Patrick, founded the payments software company Stripe.

A Harvard University dropout, Collision is the current President of the company and Forbes values his worth at $2.1 billion.

What about his company Stripe?

Founded in 2010 by the Collison brothers, Stripe is an online payments technology. The basic principle of the company is that it helps businesses and individuals accept payments over the internet.

The company initially worked with other start-ups, but now includes juggernauts like Nike, Macy’s, GE, Adidas, Facebook, and Lyft as its customers.

Who else is on the Forbes Top Eight Billionaires under the age of 30 in 2019?

As well as Collison and Jenner, the list contains plenty of new billionaires who have inherited their money from family companies, including Alexandra Andresen and Katharina Andresen, Norwegian sisters who became billionaires when they each inherited 42 percent of the family-owned investment company Ferd.

First on the list is Gustav Magnar Witzoe, the 24-year-old worth some $3 billion as the part owner of his father's fish farming business, Salmar ASA.

With Collison second on the list, Snapchat founder Evan Spiegel is in third place, reported as being worth $2.1 billion.

What would you do with a billion dollars? Let us know in the comments section, below.