Declan Kelly has officially stepped down as CEO of Teneo, the Board of Directors has announced. 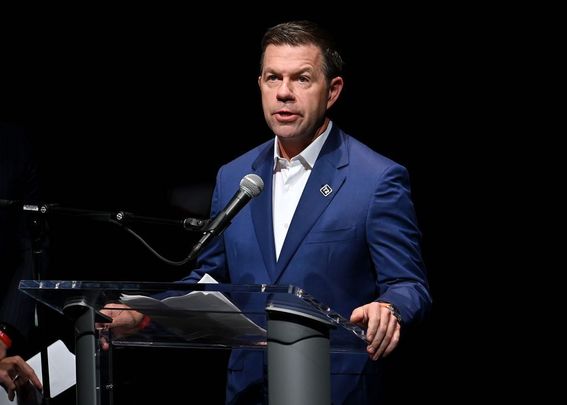 Irish chair and chief executive resigns after allegations of drunken misconduct at a  Global Citizen fundraising concert, he has now been replaced "effective immediately".

Declan Kelly admitted to misbehavior at a major Los Angeles, Global Citizen "Vax Live: The Concert to Reunite the World" fundraising event, on May 2. Kelly apologized and stepped aside saying he would resume his position in September.

However, Tuesday’s announcement stated that Kelly has permanently departed and his role will be taken over by Chief Operating Officer Paul Keary who co-founded Teneo, "effective immediately".

The board stated they wished to thank Kelly for his leadership and dedication and stated he had made Teneo one of the world’s leading PR companies. They also stated they had full confidence in Keary to lead the company.

The full statement from Teneo reads:

"The Teneo Board of Directors regrets to announce that Declan Kelly has advised it of his decision to resign from his role as the company’s Chairman and CEO. Teneo Co-Founder and Chief Operating Officer Paul Keary has been appointed CEO, effective immediately.

"The Board believes strongly in Teneo’s unique CEO advisory model, global reach and ability to deliver differentiated value to our clients. We are confident that under Paul, and the leadership team, Teneo will continue on its successful path of growth, delivering unique value to clients across its diverse business segments.

"We want to thank Declan for his leadership and dedication over the past ten years in building Teneo into the world’s preeminent CEO advisory firm. Thanks to Declan’s leadership, and the efforts of its excellent management team, Teneo today serves the world’s leading companies with a deep bench of experienced advisors across a number of disciplines. With 1,250 employees in 33 offices around the world, he is leaving the company in a strong position for continued success."

Last week, a spokesperson for Kelly told the Financial Times “At a large cocktail party that evening [ May 2 ] attended by dozens of people including Global Citizen board members and guests, Mr Kelly became inebriated and behaved inappropriately towards some women and men at the event."

The spokesperson added that Kelly  “deeply regrets his actions” and has apologized to those affected. They added that he is "committed to sobriety" and was "undertaking ongoing counseling from healthcare professionals."