Welcome to a new era of transatlantic travel! Here's what we know about Aer Lingus' five year plan. 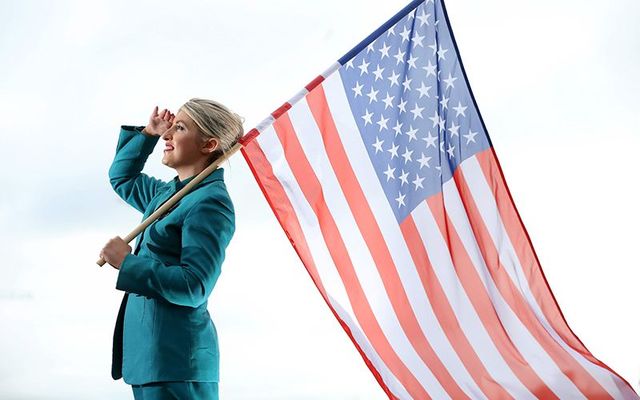 Welcome to a new era of transatlantic travel! Here's what we know about Aer Lingus' five year plan.

Aer Lingus is expected to grow its North Atlantic fleet from 17 to 30 aircraft over the next five years.

There's more on the agenda for the next half-decade too, including a brand new identity, modernized logo, and new uniforms. The current uniform, as designed by Louise Kennedy, has not been changed since 1998.

Up up and away! Aerlingus to expland its North American service.

It was announced recently that the airline intends to offer complimentary alcohol on flights beginning next year. Up to 20MB complimentary WiFi will also be available for transatlantic passengers.

Outgoing Aer Lingus CEO Stephen Kavanagh said that the airline will also ramp up its marketing spend in North America, in its bid to become the leading value carrier across the North Atlantic.

The investment outlined today will enable us to fast-track our ambition to be the leading value carrier on the North Atlantic.

''We plan to grow our A330 fleet to 16 aircraft (from 13 in 2017) and invest in 14 A321LRs to provide capacity to grow both across the Atlantic and within Europe, continuing to build our network and our hub at Dublin enabled by investment by the DAA in airport infrastructure," Kavanagh said.

While Aer Lingus currently has a transatlantic seat capacity of 2.8 million passengers a year, this fleet increase would result in a capacity of 4.7 million seats per year.

This increase would have a "hugely positive impact on Irish inbound tourism" Kavanagh said.

Line up in alphabetical order #AerLingus

A spokesperson for Aer Lingus' owner,  International Consolidated Airlines Group, said the airline group is sticking to post an operating profit margin of between 12-15%.

Annual earnings for the group, which also owns British Airways, Iberia, and Vueling, were forecasted around €7.2 billion ($8.2bn).

Aer Lingus currently offers 13 routs to the USA and Canada. Starting summer 2019, they will also be adding flights to Minneapolis-St. Paul, Minnesota, and Montreal, in Canada.