Brian Dilleen was chosen from thousands of applicants to take part in Bravo TV's "Love Without Borders," a new dating reality show airing in the US. 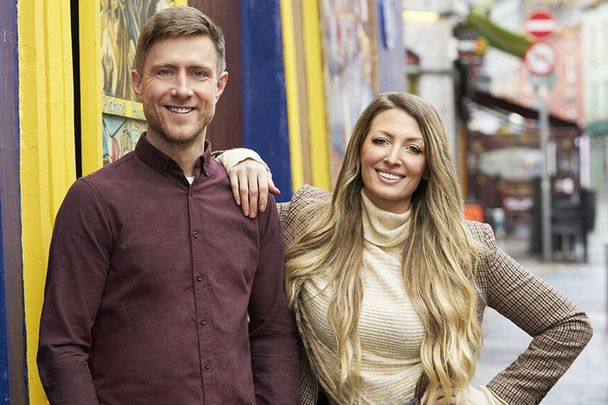 Dilleen, 38, was chosen from thousands of applicants to take part in Bravo TV's "Love Without Borders," reports blog MindfulBeauty.eu.

In the show, five Americans who have been unlucky in love in the United States, are sent off to another country to be paired with their “perfect” life partner.

The Galway native was chosen as a match for Danna Richards, a 38-year-old musician and songwriter.

Bravo says: "Danna is a 38-year-old musician and songwriter who knows a thing or two about risky ventures, seeing as how she gave up her traditional home to travel the country and live in a retrofitted Sprinter van.

"Now, she’s headed to Ireland with the hope that Galway native Brian — a salesman turned chicken and vegetable farmer who’s also 38 — is 'the one.'"

Over on Instagram, Richards has been sharing some snaps taken in Dilleen's native Co Galway:

"I'm proud to call myself a farmer," Dilleen said in a recent Instagram post. "To me, one of the most important jobs one can do."

According to the "Love Without Borders" matchmaker, Dilleen and Richards are a perfect match.

You can learn more about all five couples appearing on the dating show on Bravo TV's website here, and you can watch "Love Without Borders" on Bravo on Wednesdays at 9/8c and the next day on Peacock and the Bravo app.