'Get Out My Head' reaching 20 million streams on Spotify! Shane Codd speaks to James Mahon from his Cavan bedroom. 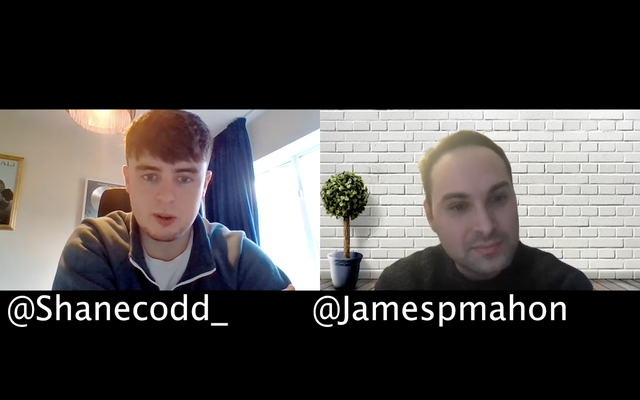 Shane Codd used the Covid crisis as a focused window to hone his musical skills as a producer and songwriter.

From his bedroom in County Cavan, he emerged as one of the brightest young talents in the Irish music scene with his song 'Get Out My Head' reaching 20 million streams on Spotify in a matter of weeks. He talks to Irish journalist James Mahon about how his life has changed and discusses what's next for the young bachelor hitmaker with the world at his feet.

“Music is my life… it’s my career now, or I want it to be”, Codd is quiet, shy, polite and appreciative, all the traits of a young man unaware of how talented he is and unscathed by the ruthlessness of a competitive music industry.

Half a decade into making songs while in college in Dublin and now staying with his family he changed his approach,  “One of the first tracks I used with a vocal, I was influenced by trance from the 90s”. He explained that there is no formula to having a chart-topping hit in the music industry but has this advice, “Is it going to have a vocal? hooky, catchy element, needs to strike a bit of emotion”.

Codd added the track Get Out My Head to his soundcloud.com and social media accounts and it organically gathered listeners across Ireland and then in the UK.

His life changed when he was on a staycation in the West of Ireland,

This time last year I hadn’t even started making ‘Get Out My Head’. I was doing a college course I hated. I was making music and DJing in my spare time. It was my dream to make it my career. ⁠
⁠
Can’t wait for the clubs to come back so we can all go mental.
⁠
Thank you all🙌 pic.twitter.com/F6WEYiVGOI

“I was at the Cliffs of Moher, I started to get calls from UK numbers, it ended up being some of the biggest labels, Sony, Universal, reception was so bad I couldn’t answer them”

Codd’s maturity and  honesty echoes through as we discuss how this made him feel,  “I was concerned about everything, I didn’t know two things about a label”. Having a supportive family and close group of friends in Cavan and Dublin led to Codd making a decision to sign with Polydor Records who he explains have “been brilliant” and encourage and support his producing and musical interests.

So sick to see my music reaching people around the world 🔥 delighted #GetOutMyHead is number 16 in Belgium 🇧🇪 thanks for the support - Send me vids if you hear the track! pic.twitter.com/emeeLA5AHX

Without venues, a promotional tour, live DJ sets, and sold-out concerts to perform, Codd instead focuses on making sure that he is not just a one-hit-wonder, he describes how the Covid crisis has afforded him the time and space to do things differently and he hopes when the world returns to a new normal he can perform to crowds across the world. He has already remixed UK star Becky Hill's song Space. The single young man with a big smile and a philosophical mindset could be described as one of Ireland’s most eligible bachelors, “I don’t have a wife or a girlfriend, I wouldn’t mind though, depends on who it is“.

With more music on the horizon and keeping his cards close to his chest, Codd is determined that his career exists many years after Covid-19 and Lockdowns become distant memories.