Go mountain biking through the Burren in this amazing 360° video

Feel as if you’re negotiating the undulating terrain of one of Ireland's most singular landscapes. 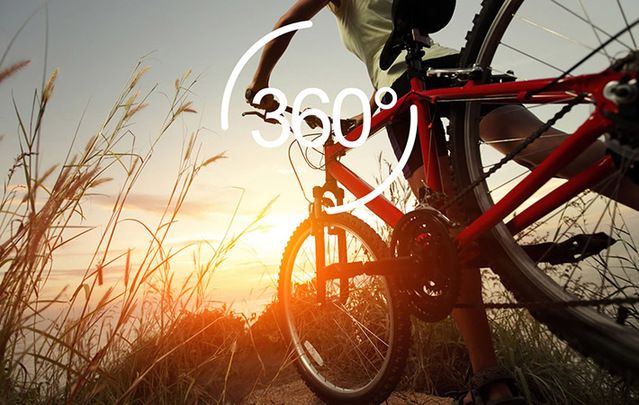 Feel as if you’re negotiating the undulating terrain of one of the country’s most singular landscapes. Failte Ireland.

Ireland’s tourism authority has launched 360° videos of stunning sights along The Wild Atlantic Way. Today’s, mountain biking the Burren, in County Clare, gives viewers the virtual reality experience of a cyclist negotiating the undulating terrain of one of the country’s most singular landscapes.

These 360° videos allow viewers to click and drag, within the footage, to view the experience from a different aspect. This video was taken by Patrick O’Regan from Burren Way Mountain Bike Tours, which used a specially designed GoPro camera to capture the unique experience.

The Burren National Park covers a remarkable 1,500 hectares of limestone pavement, hazel scrub, woodland, springs, and cliffs. Its distinctive topography is a result of intense activity beneath the earth, which was then forced high and dry by great geological force.

This is the perfect place for cyclists, or walking enthusiasts, to get away from it all and connect with nature. Every summer, its abundance of wildflowers provides a blaze of color and horticultural lovers everywhere continue to be drawn to this tranquil place of stunning, unspoiled beauty in County Clare.

The virtual reality experience of these 360° videos allows yet another level of immersion for those interested in what Ireland has to offer or those who are planning a trip along Ireland’s west coast. These videos, released by Failte Ireland, afford the viewer an almost life-like experience. The videos can be viewed on desktop and mobile websites as well as on VR Headsets, Google Cardboard.

The first of the 360° videos promoted publicly, Surfing at the Cliffs of Moher, has already generated 150,000 views among potential visitors.

The VR and 360° experiences were commissioned by Fáilte Ireland and filmed earlier this year using a combination of drone, custom built mounted back packs and GoPro equipment to truly give this immersive perspective.