Flights starting from $180 to the United States from south-west Ireland have officially launched. 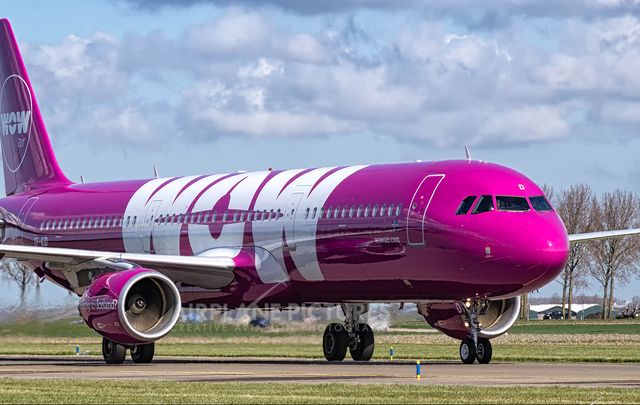 Flights starting from $180 to the United States to south-west Ireland have officially launched. WOW

Wow Air flights from Cork to North America, via Reykjavik, have officially taken off. Flights from the south-west of Ireland airport, via Iceland, connect with ten destinations in the USA, for as little as $180 one-way.

Ireland awaits you! We're loving all the possibilities to explore, from the Wild Atlantic Way to Ireland's Ancient East, with flights into Cork Airport with WOW air. What's #1 on your Irish bucket list? For all the latest travel deals to Ireland, like Cork Airport.

Posted by IrishCentral.com on Wednesday, April 12, 2017

WOW air will operate four weekly flights on Monday, Wednesday, Friday and Sunday during the summer season and three weekly flights during the winter months. With fares starting at just $67 (€59.99) each way, the new service provides excellent value for any passengers looking to explore the Land of Fire and Ice. Connecting fares to the US are also very competitive at just ($180) €169.99 each way from Cork to Maimi.

Speaking this morning, Niall MacCarthy, Managing Director at Cork Airport said “We are delighted to welcome WOW air to Cork, it is fantastic to see yet another new route take off ahead of the busy summer season.

“Wow is a dynamic, low cost, modern airline headed and founded by a flamboyant entrepreneur, Skúli Mogensen. The aircraft with their distinctive pink livery will fly four times per week on Monday, Wednesday, Friday and Sunday to Iceland, and then onto ten North American destinations. Wow uses main city airports, for example, their Boston flight flies into Boston Logan and their New York flight flies into Newark Airport. Prices are very competitive and if you look on the website today, you can fly to Iceland for €60 one way and New York and Boston for €160 one way, and even to San Francisco for €170 one way.

“Iceland is an amazing and unique country to visit and has become increasingly popular destination for Irish travelers. The people share a lot in common with Ireland and they have a fantastic tourism product, with sights such as the Blue Lagoon and the Golden Circle. We encourage people to either take two holidays in one, stopping off for a day or two in Iceland en route to the States, or alternatively, grab a coffee in the modern terminal in Reykjavik and jump on a connecting plane to one of the ten destinations”.

Commenting on the inaugural launch, Vice President of Communications at WOW air, Svana Fridriksdóttir, said: "We are very pleased to add Cork Airport to our expanding route network. Iceland has proved hugely popular with Irish passengers and we’re delighted to be able to expand our services in Ireland by offering passenger direct flights from Cork to Reykjavik. The new service also opens up our transatlantic routes and low-cost fares to Cork passengers, making travel to the US more affordable for Cork-based passengers, via Reykjavik. Equally, Ireland is a very popular destination for the Icelandic and we’re confident that our new route to Cork will be very attractive for weekend getaways to see one of Ireland’s most impressive cities and beautiful coastlines".

Also in attendance at Cork Airport this morning, Deputy Lord Mayor of Cork City Cllr. Joe Kavanagh said: “This is a great day for not just Cork but for the entire province. More options for outbound passengers as well as a volume of opportunity for tourism with the arrival of Icelandic and American visitors”.

Echoing these sentiments, Cork County Mayor Cllr. Seamus McGrath said: “I warmly welcome the commencement of transatlantic travel to and from Cork.  This will take tourism and travel within Cork and its environs to a new level. It is a very exciting time for all involved”.

Niall Gibbons, CEO of Tourism Ireland, said: “The new WOW air flight is really good news for tourism to Cork and the South Ireland. Not only will it help grow visitor numbers from Iceland, but this new service will also help boost tourism from North America, with connectivity from ten different cities to Cork. We are delighted to co-operate with WOW air and Cork Airport, to maximize the promotion of this new flight. As an island destination, the importance of convenient flights cannot be overstated – they are absolutely critical to achieving growth in inbound tourism.”

Through the airline’s innovative WOW Stopover package, travelers have the option of enjoying a break in Iceland when flying across the Atlantic to or from any of its European and North American airports.

Fares from Cork, Ireland to Reykjavik, Iceland one way incl. taxes and charges from:

Fares from Cork, Ireland to the US East Coast one way incl. taxes and charges from:

Fares from Cork, Ireland to the US West Coast one way incl. taxes and charges from:

Cork Airport is the international gateway to the South of Ireland and is uniquely positioned at the start of the Wild Atlantic Way and Ireland’s Ancient East.  It is the country’s second largest and best connected international airport with more choice of routes than any other airport outside of Dublin.

Cork Airport’s customer service as voted by passengers has won multiple national and international awards. Its economic importance is reflected in the estimated 10,710 jobs supported or facilitated by the airport and the € 727 million contributed to Gross Domestic Product. (Source InterVistas Economic impact study Cork Airport April 2015).

Cork Airport was voted large business of the year by the Cork Business Association in January 2017.