Where should Prince Harry and Meghan Markle visit in Dublin on their "mini-moon"?

During what'll be the second Royal visit to Ireland of 2018 the Prince and Irish American newly-wed plan a quick trip to Dublin but where should they visit? 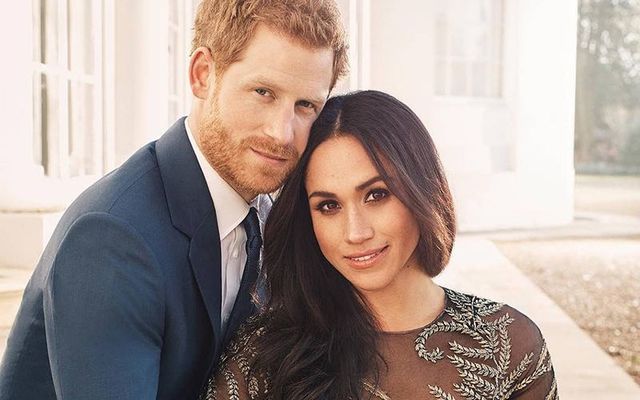 During what'll be the second Royal visit to Ireland of 2018 the Prince and Irish American newly-wed plan a quick trip to Dublin but where should they visit?

This week it was reported that Prince Harry and his soon to be wife Meghan Markle are planning a quick visit to Dublin shortly after their May wedding. Although what's being dubbed their "mini-moon", will only be two days there's still plenty of sites the Royal couple could take in.

Where would you recommend they visit? This'll be Prince Harry's first trip to Ireland, while Markle already spent some time in Dublin in 2014.

Dublin, Ireland's capital, has changed enormously in recent years - as has the country - but the city still manages to combine the old with the new. Even though the city center has a metropolitan feel to it, visitors here will still get a sense of Dublin's history.

A tourist in Dublin will never be stuck for things to do with a multitude of tourist attractions to keep them occupied. St. Patrick's Cathedral, Christ Church Cathedral, Kilmainham Gaol and Dublin Castle are all must-sees.

Culture vultures,  as well as history buffs, will also delight in Ireland's capital as there are plenty of galleries and museums to choose from, including the National Gallery of Ireland.

Many of the attractions listed above are within walking distance of each other. And there is simply no better way of getting to know Dublin that getting lost on its meandering, haphazard streets.

No trip to Dublin is complete without a visit to the Guinness Storehouse, and every tourist seems to come back at least once.

The Guinness Storehouse is an impressive building: the core of the building is shaped like a giant pint glass and consists of seven floors. Along each floor, you get to see how Guinness is made.

The top floor, which holds the Gravity Bar, is the most fun. You get a complimentary pint of Guinness and the most spectacular view of Dublin, which is worth the admission price alone.

This museum is a must for history buffs. Kilmainham Gaol tells part of the story of Irish history. The leaders of the 1916 Easter Rising were executed here while several Irish nationalist leaders were imprisoned here over the years. Although this is located about a 15-minute bus ride from the city center, you can make a day of it by visiting the nearby Irish Museum of Modern Art.

Of course, this is best known for the Book of Kells, but it's worth a visit just to see the "Long Room," where the book is held

This room was actually the inspiration for a room called the Jedi Archives in “Star Wars Episode II: Attack of the Clones.”

The college, which was founded by England's Queen Elizabeth in 1592, is literally stuffed with history and a tour is a great way to spend an afternoon. The campus makes for great people-watching in the summer when students gather outside the Pavilion Bar (known as "The Pav") to take in a game of cricket.

This park is the largest urban enclosed park in Europe and is more than twice the size of New York’s Central Park.

As with all outdoor pursuits in Ireland, the rain can often stop play. But on a good day, this park is a real treat.

The park is also home to the residence for the President of Ireland, Áras an Uachtaráin, as well as Dublin’s zoo.

Although Dublin now ranks as one of the most expensive cities in Europe, entrance to this museum (for the permanent exhibition) is free.

The collection includes some 2,500 paintings and about 10,000 other works in various forms. Major Irish work includes that of Jack B. Yeats (the brother of William Butler) and of Louis le Brocquy, Ireland’s greatest living artist

Leinster House, the seat of the Irish government

This is the home of the Irish parliament and it's a truly magnificent building, full of history. Admission is free, but tours have to be arranged in advance.

Visitors from outside Ireland should contact their embassies or honorary consular representative, who will then contact the events desk at Leinster House.

This is the headquarters of the main sporting body in Ireland, the Gaelic Athletic Association (GAA), who are in charge of hurling and Gaelic football.

As well as being the spiritual home of Irish cultural nationalism, it is also the fourth-largest sports stadium in Europe.

Tickets for games toward the end of the season (around August) can be hard to come by, but there are usually plenty of tickets for the games at the start of the season, around May. It is also well worth coming here to visit the GAA museum and for a tour of the stadium.

Ireland’s largest church, and, given its close proximity to the city center, a visit here is an essential part of any itinerary, no matter how short the stay.

Unsurprisingly for a church that was founded in the 12th century, there is plenty of history here – Jonathan Swift, the author of “Gulliver’s Travels”, who was the dean of the Cathedral from 1713-45, is buried here. St. Patrick’s Cathedral also hosts choral concerts regularly, which

St. Patrick’s Cathedral also hosts choral concerts regularly, which are worth keeping an eye open for. If you do get tickets for a concert here, it is strongly advisable to bring a cushion, as sitting on the hard wooden benches for over two hours can be a fairly numbing experience.

Dublin Castle was formerly the center of British rule in Ireland. The best thing to visit here today is undoubtedly the Chester Beatty Library, which has some of the finest collections of Eastern art in the world. Alfred Chester Beatty, an American mining magnate, was a major collector of Eastern art. He moved his collection to Ireland in 1950.

Admission is free – so a visit here is an absolute must. Dublin Castle also contains a police museum.

This is just a short walk from St. Patrick’s Cathedral, which Christ Church predates.

This is one of Dublin’s oldest buildings and includes in its exhibition various rare manuscripts, historic artifacts and gold and silverware. The cathedral is also notable for hosting the first performance of Handel’s Messiah and it continues to put on various choral performances.

Where would you tell Prince Harry and Meghan Markle was a must-see in Dublin? Let us know below.