How the Irish got so good at making whiskey

The Irish Whiskey Museum believe Irish whiskey is the original and the best and they should know! 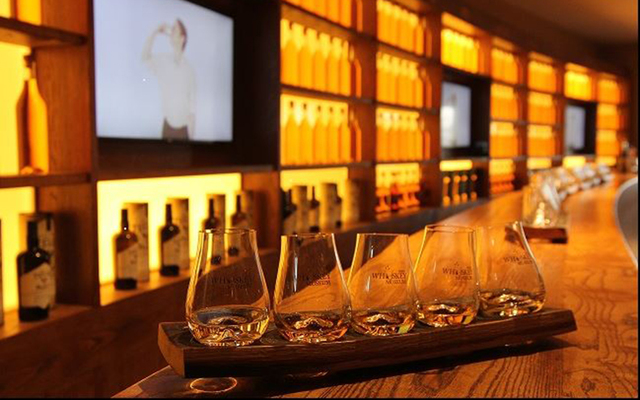 The tasting bar, on the top floor of the Irish Whiskey Museum, over looking Trinity College. IrishWhiskeyMusuem

The Irish Whiskey Museum believe Irish whiskey is the original and the best and they should know!

We at the Irish Whiskey Museum firmly believe that Irish Whiskey is not only the finest whiskey in the world, but it is also the original.  It is widely believed that Whiskey was invented in Ireland and we’ve been distilling it ever since and we’ve just gotten better and better at it.

In the 1800s Irish Whiskey was one of the world’s most popular drinks. But by the early 20th century a series of catastrophic events almost destroyed it.

Thankfully, today in the 21st century world has rediscovered both the heritage and quality of our whiskey.

So what historical evidence do we have to claim that Irish whiskey is the original and the best?

The Irish words for whiskey are Uisce Beatha and they mean water of life. The English word Whiskey is a corruption of the word Uisce, so our water of life eventually became known to the whole world as whiskey. 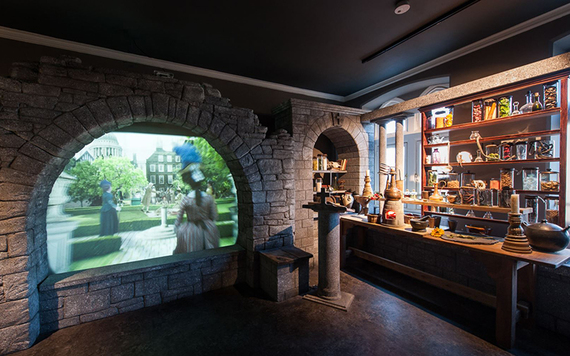 "By the 1100s they had begun to produce an elixir for all ailments... Uisce Beatha."

In the 11th century Irish monks were using grain to make barley beer and by the 1100s they had begun to produce an elixir for all ailments. They called it Aqua Vitae or Uisce Beatha.

So, did the Irish Monks invent alcohol? We Irish claim to have invented a lot, but we can’t claim that one!

In the early middle Ages, Irish monks traveled throughout Europe.  They would have seen the Muslims using Alembic stills to make perfumes and medicinal potions and adapted these methods for their own productions.

By the time King Henry VIII came to the throne in 1509, thanks to the monks, the people of Ireland had long been enjoying the effect that Uisce Beatha was having on them but in 1541 Henry ordered the dissolution of the monasteries and the confiscation of all their properties.  With the monks now gone, the population of Ireland took distilling their favorite drink into their own hands.

Although the English government banned private distillation in 1781, this didn’t stop the determined Irish Whiskey makers. By the end of the 18th century there were over 2000 illicit stills operating in Ireland. By the 1800s a Shebeen could be found in every town and village in Ireland. 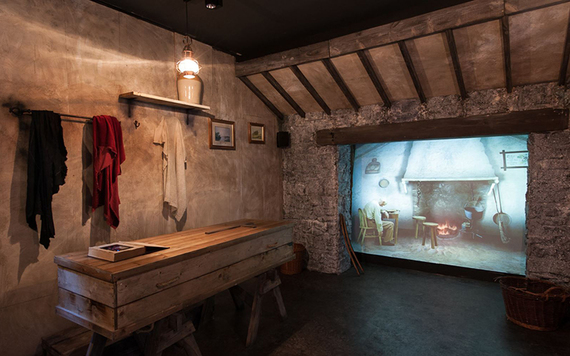 Tales of the Shebeen and tax man told at the Irish Whiskey Museum.

The basic ingredients and process for making whiskey has hardly changed.  The main ingredients are barley, maize, water and yeast.  Sometimes the barley is malted, which means the barley seeds are soaked in water to germinate and then dried out with hot air. The barley is ground together with maize and added to water. The whole mixture is heated up to boiling point in a copper still. The starch in the grains turn into a sugary liquid and when yeast is added it begins to ferment, producing alcohol. At this stage, it is weak because it is mixed with the water. But if you heat the water to the boiling point of alcohol, which is 80C, the alcohol turns to vapor, which rises up out of the neck of the still leaving the water behind. It cools down in a condenser and turns back to liquid – this time pure alcohol!

To this day, this is the basic method for making whiskey. The tradition was that original Irish whiskey was distilled 3 times.

By 1880 over 400 different brands of Irish whiskey were on sale around the world, and by 1900 the volume of whiskey being distilled in Ireland had quadrupled to keep up with demand. Dublin was the acknowledged whiskey capital of the world. 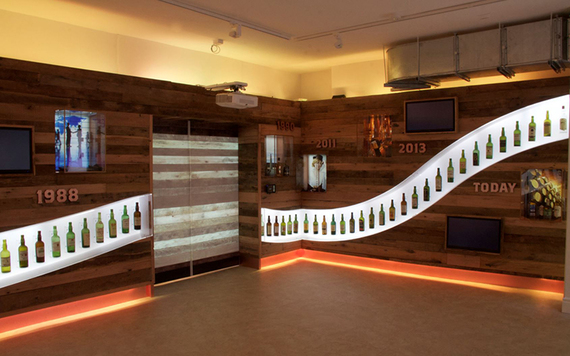 Amazing room in the Irish Whiskey Museum displaying whiskey bottles through the ages and the major brands.

Due to various circumstances that affected whiskey production, including WW1 and prohibition, by 1966 out of the hundreds of famous Irish brands that had once existed, only five Irish Whiskies had survived.

The recent success of Cooley distillery encouraged an explosion of new distillery startups including new sites for historic brands like Tullamore Dew, as well as distilleries in Dingle, Slane, Carlow and once again in the heart of Dublin city in the Liberties. 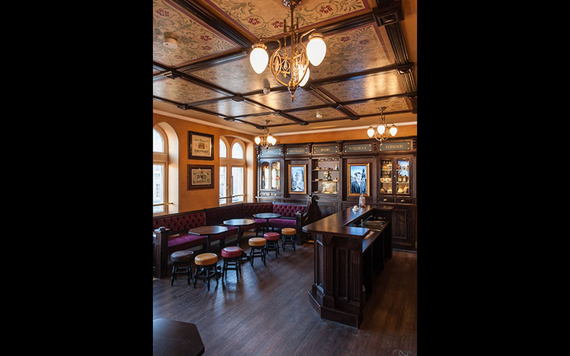 Learn about the glory days and decline of Irish whiskey in Murphy's interactive bar at the Irish Whiskey Museum.

Irish whiskey has not forgotten its core tradition of making the world’s finest whiskey using the best of ingredients, but Irish distillers are not afraid to experiment with new techniques and new styles of whiskey to perfect new flavors to suit international styles.

Today Irish Whiskey is the fastest growing spirit brand in the world!

Come visit Irish Whiskey Museum at the bottom of Grafton Street, just off College Green, and sample some of the world’s best whiskey. For more information visit www.irishwhiskeymuseum.ie.