Pretty much everywhere you go in Ireland is beautiful, but some places and experiences are bound to set your heart aflutter more than others. 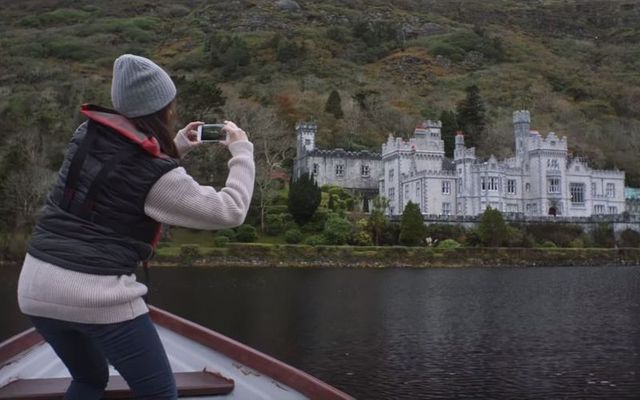 Kylemore Abbey in the Fill Your Heart With Ireland video. Tourism Ireland

Where to travel in Ireland? Let your heart decide!

Pretty much everywhere you go in Ireland is beautiful, but some places and experiences are bound to set your heart aflutter more than others. For their gorgeous recent campaign, Tourism Ireland sent one lucky couple who'd never been to Ireland before traveling the island with covert heart monitors, which were linked to a head-mounted camera that captured all of their experiences.

Throughout the trip, the monitors tracked their physiological reactions to the different locations they visited, proving that Ireland really does fill your heart.

Wondering where to travel in Ireland? Let your heart decide!  This couple monitored their heart rates as they visited Ireland for the first time, and these are the places that set them aflutter (via Tourism Ireland)

Their hearts determined the places that feature in the new campaign, from Achill Island on the west coast, to Devenish Island’s monastic sites in Northern Ireland, to the highest sea cliffs in Europe at Slieve League on the north-west coast.

Other locations included Fanad Head Lighthouse and Inishowen at the northern tip of Co. Donegal and surfing in Bundoran, the Gobbins cliff path in Co. Antrim, a pub in the charming town of Westport, Co. Mayo and the nearby historic Westport House, Belfast City and Titanic Belfast, ethereal Kylemore Abbey in Galway, the Finn Lough bubble domes in Northern Ireland, and the stunning vista of Diamond Hill in Galway.