With gardens, castles, ancient dolmens, and even its own museum, there are lots to see and do in County Carlow. 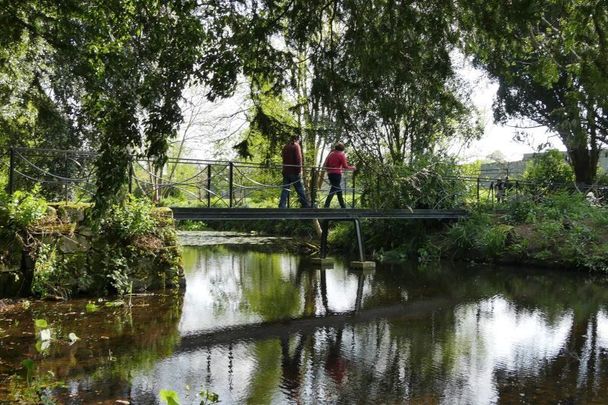 At just 346 square miles and a population of less than 60k, County Carlow is one of the smallest counties in all of Ireland. But this Leinster county still has plenty to offer!

With gardens, castles, ancient dolmens, and even its own museum, there’s lots to see and do in County Carlow, also known as “The Dolmen County,” a nod to its archaeological wonders. Located to the southeast of the gateway county of Dublin, County Carlow is a great jumping-off point for exploring Ireland’s off-the-beaten-track destinations.

Here are the must-see spots in County Carlow!

Settlement in Carlow pre-dates written Irish history. The most notable prehistoric site in Carlow is Brownshill Dolmen, a megalithic portal tomb. Dating back to pre-historical times, the great dolmen at Brownshill has a granite capstone weighing over 100 tons, making it the largest of its kind in Europe. This magnificent capstone has excited the interest of many antiquarians and tourists down through the years and it is thought that religious rites, possibly even human sacrifice, were performed there circa 2500 B.C. It is believed to have been built by some of the earliest farmers in Ireland between 4000 and 3000 BC. To find it, simply follow the R726 Regional Road. 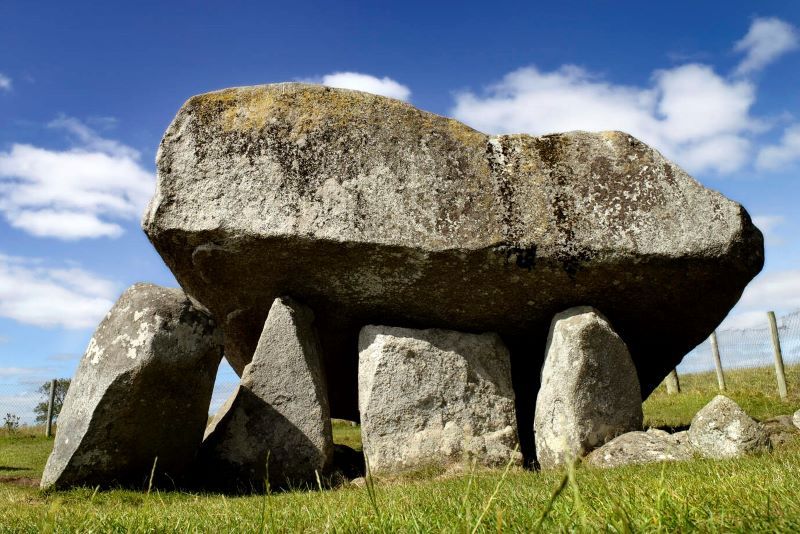 Ireland’s grand houses are famed for their similarly grand gardens, so the fact that the Altamont Gardens have been referred to as “the jewel in Ireland’s gardening crown” should have you hopping in your rental car and heading to Tullow, Co. Carlow on the first clear day.

Altamont House was built in the mid-to-late 1700s, but the main attraction here has always been the gardens, which sit on the banks of the River Slaney. A number of the oak trees pre-date the estate considerably, estimated to be over 500 years old. The gardens include an ice age glen, bog garden, and arboretum, with views of the Blackstairs Mountains, Wicklow Mountains, and Mount Leinster.

If you’re in Carlow, you might as well learn about it! This county museum, founded by the Carlow Archaeological and Historical Society in 1973, was re-developed in 2012 and relocated to a more spacious location in 2012 at the old Presentation Convent on College Street in Carlow Town. The museum documents the history of County Carlow.

In the museum’s four exhibition rooms housing permanent and temporary displays, you can learn about the archaeology, history, and folklore of the area and the people born and raised there, including Kevin Barry, a medical student who was executed in 1920 in Mountjoy Gaol for his role in the War of Independence; and Captain Myles Kehoe, who was killed in the Battle of the Little Big Horn along with U.S. General Custer. Also on display is the well-known 19th-century hand-carved pulpit of Carlow Cathedral—included in A History of Ireland in 100 Objects.”

With its high walls and soaring turrets, Duckett’s Grove is counted among the finest and most fascinating ruins in Ireland. The Gothic revival-style castle was built and refurbished from a pre-existing Georgian structure in the 1830s for the Duckett family, who resided there until 1916, when Maria Georgina Duckett, wife of the last remaining Duckett heir, grew too infirm. When she passed away in 1937, instead of the house or property, she left a mere shilling to her only daughter, Olive. At that point, the estate had been managed by a land agent since 1921. During that time, it was used as a base by the local IRA forces, who left the property in prime condition due to the fairness with which the Duckett Family had treated their land tenants. However, a 1933 fire, the cause of which was never determined, destroyed much of the estate’s interior.

After acquiring Duckett’s Grove in 2005, the Carlow County Council began extensive renovation of the estate – primarily the walled gardens – and it was re-opened as a public park in 2007. Perhaps due to its dramatic history, Duckett’s Grove is also believed to be haunted and has been a site of investigation by the SyFy Channel show “Destination Truth.”

The Delta Sensory Gardens – the first of their kind in Ireland – are an innovative and important addition to Ireland’s tourism offerings. The gardens, which opened in 2007, are part of Delta Center, established in 1990 for adults with disabilities. The Sensory Gardens were created as a therapeutic outlet for those aided by the center and also help to raise additional funds for the center as a popular destination for visitors and photography shoots.

The gardens are accessible for people of all abilities, serving to stimulate and soothe the senses. The 16 interconnecting gardens, which include the Celtic Walk, the Rose Garden and the Five Senses Garden, offer visitors of all ages “a unique opportunity to rest and indulge their senses of touch, taste, smell, hearing and visual delight.” They also offer themed displays and events for major holidays including Christmas and Halloween.