The 28-mile Waterford Greenway runs along an old railway line between Waterford and Dungarvan. 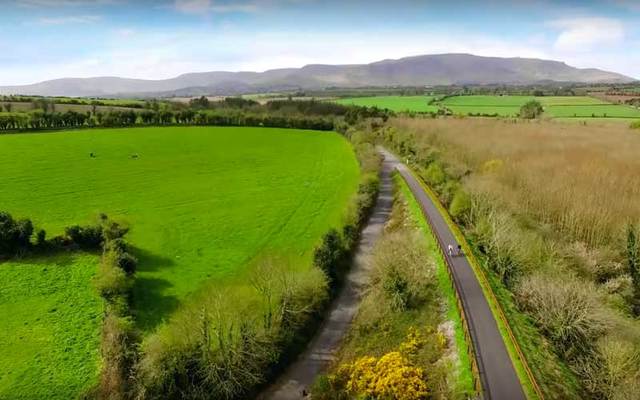 The new Waterford Greenway, which is around 28.6 miles long, runs along an old railway one between Waterford and Dungarvan.

A new video has been launched which shows the beautiful scenery along the route, which officially opened last month.

Thanks to @roddiecleeresims for sharing this wonderful picture of the #WaterfordGreenway in all it's glory . We hope you enjoyed our official opening party today! #instadaily #instaireland #instagood #loveireland #WaterfordGreenway

Patricks sets off from Waterford City and Chloe from Dungarvan. They meet at the half-way point, a stunning vantage point in Kilmacthomas.

Blue skies and sunshine! It was all the masterplan for today's launch of the #WaterfordGreenway 🤗🌞 where are you planning on going? #waterfordit? #Kilmacthomas? #Dungarvan? #Greenway

The closing shot of the video was filmed on the 50 meter (164 feet) high Kilmacthomas Viaduct and features nearly 200 people, including performers from Spraoi, a performing arts theatre company in Waterford.

Meanwhile check out the promo video below.