Tourism industry removing the inevitability of emigration for Irish people

At the New York launch of Tourism Ireland's 2019 strategy, Irish Minister for Tourism and Sport Brendan Griffin thanks North America for their support of Irish tourism. 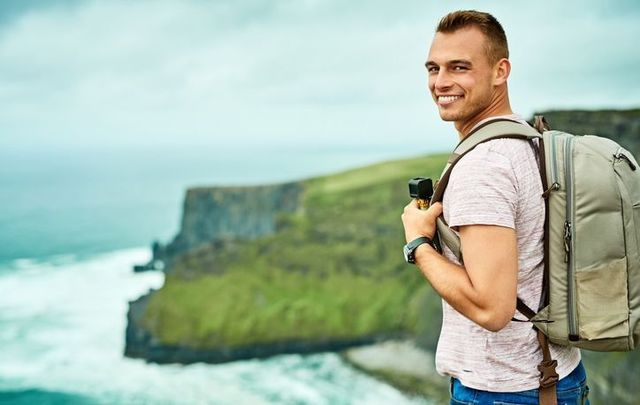 "Ireland has the opportunity to position itself as a place that restores and enhances your lust for life."  Getty

At the New York launch of Tourism Ireland's 2019 strategy, Irish Minister for Tourism and Sport Brendan Griffin thanks North America for their support of Irish tourism.

"Ireland has the opportunity to position itself as a place that restores and enhances your lust for life."

Attended by Consul General of Ireland in New York, Ciaran Madden; Chief Executive for Tourism Ireland, Niall Gibbons; and Irish Minister of State for Tourism and Sport, Brendan Griffin; off-peak holidays and highlighting off-the-beaten-track attractions were the main focus of the strategy launch.

Great to have Delorentos play at our Fill your heart with Ireland campaign launch in New York. Thanks to the media, tourism trade and diaspora for such a good turnout. pic.twitter.com/V390LFOMSb

Aiming to connect people to Ireland through their "interests and passion points," soft adventure attractions, Irish food and drink, and TV and movies, are among the main focus areas for the coming year as Tourism Ireland hopes to build even further on the records broken by the industry in Ireland over the past number of years.

Speaking before the main presentation, Minister Griffin thanked those present for the support of Irish tourism, adding that the growth in the industry offered opportunities to communities who may not be affected by the growth of other sectors in Ireland, such as the tech industry.

Minister for Sport and Tourism Brendan Griffin speaking about the benefit of the tourism industry for Irish communities - "so many people in the past did not have that opportunity ... the option not to have be forced out ... to stay where you were born" - @GoToIrelandUS #TI2019 pic.twitter.com/HjYsZGrAp7

In particular, he highlighted the opportunity it offered "to stay in the community in which you were born," stating that earlier generations forced to emigrate were not given that opportunity.

You can see more from the Tourism Ireland "Fill You Heart with Ireland" campaign here:

Do you have plans to visit Ireland in 2019? Take the stress out of booking your itinerary with one of our tours with plenty of incredible single and multi-day tours available. You can find more information and book here.