The myths and legends of the Giant’s Causeway (PHOTOS)

The amazing tales behind the creation of Northern Ireland’s most popular tourist attraction. 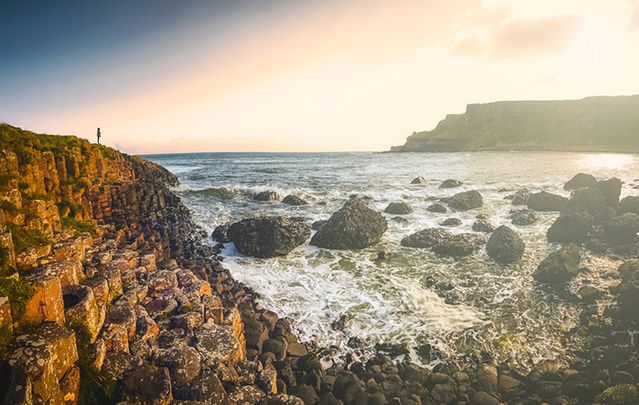 The magical Giant’s Causeway has astounded millions of tourists with its mystique and uniqueness, but long before it became easy or common for world travelers to journey to the Co. Antrim UNESCO World Heritage site, wonder has surrounded the story of its creation.

Giants Causeway Visitors Centre - The Myth of Finn McCool from The Pond Studio on Vimeo.

Building the Causeway so he could reach his biggest enemy, Fionn moves rocks from Antrim into the sea, and completes his new pathway only to find that Benandonner is his biggest enemy in more than one way. Benandonner was, in fact, much larger than him. Instantly regretting his trash talk, Mac Cumhaill hopes to run back to Ireland and go unnoticed by the Scottish giant. Unfortunately for Fionn, it isn’t long until he is spotted and Benandonner gives chase to the Irish hero’s home in Fort-of-Allen in Co. Kildare.