Lost but not forgotten, the story of one pink teddy. 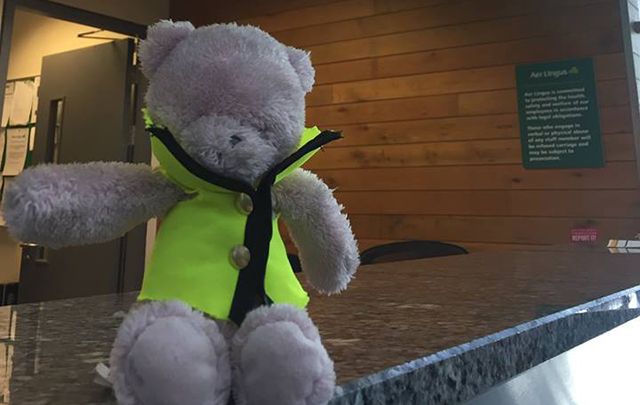 Lost but not forgotten, the story of one pink teddy. Cork Airport / Facebook

A pink teddy bear that was lost in Cork Airport has finally been reunited with its grateful young owner.

Anna Howell, two years old, is the owner of the teddy bear who has gathered global attention after it was left behind in Cork Airport following a family trip. Anna, originally from County Cork, now lives in Amsterdam with her family and pink teddy.

Personnel at Cork Airport were eventually able to reunite the pair after a successful week long facebook campaign which saw them garnering worldwide attention from various news outlets across the globe, including ABC news here in the United States and Ireland’s Independent.ie.

Throughout the week Cork Airport's official facebook page added posts with information to try and track down the whereabouts of the teddy’s owner and urged people to share the posts in the hope that this story would have a happy ending.

Each day posts and pictures were uploaded to update people on the pink teddys various adventures around the airport, while also being treated with the utmost love, care, and attention. Their posts received thousands of likes and shares on facebook with people offering their support and well wishes.

Niall MacCarthy, Managing Director at Cork Airport, said: “We looked after Teddy as well as we look after all our customers, with care and attention. The response we have received to Teddy’s story has been astonishing and he has been turned into something of a social media superstar.

“It is truly heart-warming the efforts made by strangers to find Teddy’s young owner and reunite him with her. He has literally been around the world and back again in 80 hours.”

Thanks to all personnel who went above and beyond their call of duty, young Anna won’t have to bear much longer without her beloved stuffed animal. Teddy will fly VIB with Aer Lingus to be reunited with its young owner after surely an unbearable week apart.

Have you or your child ever left something behind after a family trip? Let us know in the comments below.