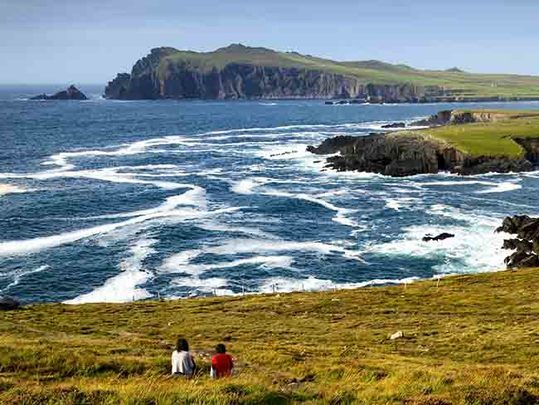 This year is set to be a record year for tourism in Ireland.

According to new figures from the Central Statistics Office, 1.5 million trips were made to Ireland by overseas visitors in the first three months of 2015, a 13 percent increase over last year – and Americans are leading the way.

"Also the UK market, the British market, is very strong at the moment.

"We've recently surveyed the tourism businesses in Ireland and eight of ten tourism operators are telling us that they reckon their business will be up this year.

"We could be looking at the best tourism year on record."

North Americans have led the way and increased their spending by 16.8%.

Minister for Transport and Tourism, Paschal Donohoe, stated: “We were already aware that 2015 has started very well for the tourism sector, with increased visitor numbers from all our main markets.

“The statistics published today show that revenue from overseas visitors has also increased.

“This again confirms that the measures undertaken by the Government to boost Ireland’s attractiveness as a destination are working.

“In the first quarter of 2015 alone, our overseas visitors spent an estimated €590 million in Ireland, which is an enormous contribution to our economy and an increase of 10.5% on the corresponding period of 2014.

“We are not resting on our laurels however, and Tourism Ireland has a strong marketing program in place for the remainder of 2015 to ensure that this strong economic return is maintained.”

Tourism Ireland’s CEO Niall Gibbons said: “While it is still very early days, the first quarter represents about only 18% of total overseas business.

“This was a strong start to the year and reflects the sentiment we are hearing from our tourism partners overseas and here at home.

“It augurs well for the rest of the year. Our aim is to ensure that 2015 is the best year ever for Irish tourism.”

Fáilte Ireland CEO, Shaun Quinn, said: “Tourism’s strong growth continues and, on current trends, we may be looking at a record year for overseas visitors in 2015.

“Tourism businesses around the country are certainly upbeat with eight out of ten of them telling us in Fáilte Ireland that they expect their business to grow this year.

“Our key objective now will be to ensure we can sustain this growth.

“Whether it is through new exciting propositions such as the Wild Atlantic Way and Ireland’s Ancient East or via the latest innovations in digital and social media, Fáilte Ireland will be using every opportunity to maximize tourism growth and to ensure the sector delivers the additional revenue and jobs that it is more than capable of doing.”