Record number of North Americans fly into Dublin in July

More people used Dublin Airport last month than they did in the whole of 1986. 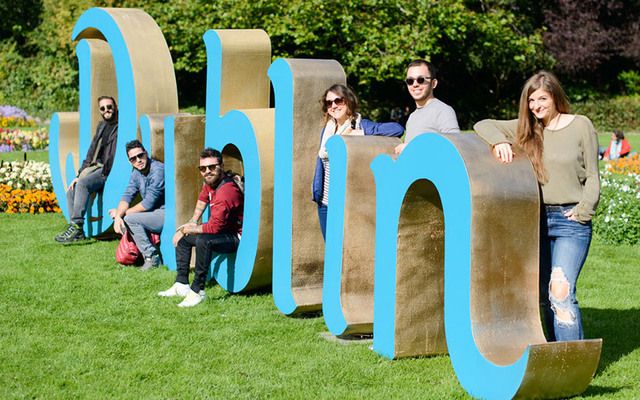 Dublin Airport saw a record number of visitors from North America last month with 404,000 people from the continent jetting in.

The 18% increase on the previous July is the cherry on the cake for an airport that clocked up slightly over 3.1 million visitors last month - more than the entire number of passengers in the whole of 1986.

It’s also the first time that more than 3 million people have used Dublin Airport in a single month and staff is buzzing with the news.

"This is a major milestone for Dublin Airport and for the Irish economy,” managing director, Vincent Harrison, told Newstalk Radio. "Growing passenger numbers means additional jobs at the airport, and at businesses throughout the country that benefit from growing tourism and additional trade and investment.

"The record visitor numbers for the first half of this year are being driven by passenger growth at Dublin Airport, with the new routes and additional capacity provided by our airline partners facilitating the growth in tourists so far this year,” he added.

In total visitor numbers from Europe by 7% to a new high of 1.7 million and flights from more exotic destinations in the Middle East and North Africa surged by 8% to 91,000.

Traveler numbers from Great Britain remained static at close to 900,000 - a figure attributed the fall in the value of the pound sterling after their referendum on leaving the EU.

Tourists to Ireland now no longer visit because of family connections

Earlier this year Niall Gibbons, CEO of Tourism Ireland, said the growth in visitor numbers was not due to Irish America and most tourists wanted to visit Ireland despite having no family connection.

“If I was having this conversation with you ten years ago, I would be talking to you about the 70% of [US] visitors to Ireland having a family connection,” Gibbons told IrishCentral.“Now that’s only 30% and the main growth in visitor numbers is coming from the southern states and California. So the nature of the visitors coming from North America has changed – less about the family and friends and more about the real holidaymakers.”