A practical guide on what you should bring with you when you move to Ireland and what you don’t need to pack. 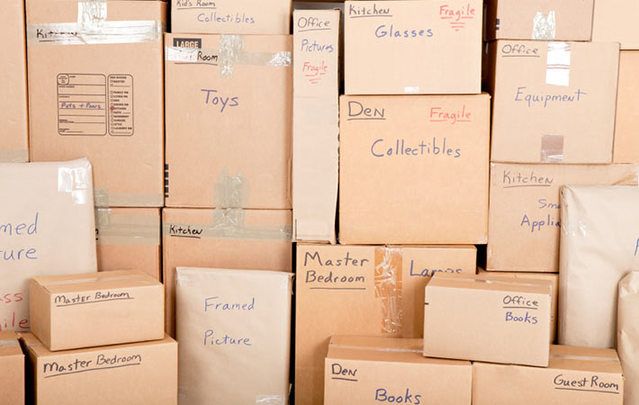 A practical guide on what you should bring with you when you move to Ireland and what you don’t need to pack. iStock

When my husband and I moved from Buffalo, New York to Connemara, we were also selling a house in suburban America and planning on downsizing considerably. It was just going to be the two of us and our animals, so there was no need for a big house.

That meant re-evaluating a lot of things, giving away a huge amount of stuff that had accumulated, and throwing out other things that we should have thrown out long ago. In the end, we booked a 20-foot shipping container. With the help of a life-saving friend who's also a professional mover (we highly recommend finding yourself one of those!), we fit an amazing amount of stuff into the container.

As it turned out, there was a lot we didn't need.

But then there were some things we're still kicking ourselves for not bringing along. (If you're visiting or looking for gifts for an expat, this might give you some ideas!)

Bedding. One of the biggest things we stuffed into the shipping container was a California king-sized bed. In the last-minute rush to get everything packed, the original bedding was turned into packing material and blankets for our two dogs. It was only when the container showed up in Ireland a month after we got here that we realized that bed sizes aren't anywhere close to being the same. There was absolutely no way of making any size sheets work, and that meant ordering stuff from Amazon U.S. and having it shipped over, at the approximate price of both an arm and a leg.

Area rugs. The idea of moving into a centuries-old cottage was one of the things that we were seriously looking forward to, but it took all of about two days for us – and the animals – to realize we really missed carpeting. Stone floors in the living room, dining room, and kitchen, wood floors upstairs... not a carpet in sight. While the stone has turned out to be pretty practical, area rugs were desperately needed. They, too, cost an arm and a leg for what, to an American, seems the size of a very large dishtowel for the floor.

More pet supplies. I packed a huge box of all our pets' second favorite toys (their first favorites all came in my carry-on), but it wasn't long before we found out that Irish pet stores are much more utilitarian than American ones. While you'll find a lot of food, harnesses, leashes and beds, toys were another matter. Rawhides are non-existent and even most chew toys are clearly designed for much, much smaller dogs than mine. Cat toys? Also not so much.

A television. Get a transformer and pack your television, because while everything in Ireland tends to be a little bit more expensive, we were floored by the cost of televisions here. For a decently sized one that fits in a relatively small, cottage-style living room, you're talking in the thousands of Euros. Don't bother with a sound system (mostly because of the power it takes to run them), but it's definitely worth getting a TV and running it off a transformer. If you're bringing your DVD collection, don't forget something that's region-encoded to watch them on, too. That goes double for Blu-rays.

Netflix and Amazon Prime. You'll be canceling both services (Amazon Prime doesn't serve Ireland, so hopefully you're not too attached to their next-day delivery) to get the Irish version of them both, which will completely change what you have access to. The same goes for things like iTunes. It was a rude surprise when we logged on our iTunes to find that we had none of the music we'd downloaded over the past several years, because of licensing issues. (We're still trying to get those sorted.) Chances are good that you won't be streaming too much anyway, as a shocking number of service providers in Ireland cap their internet data usage on all the plans you can buy. When an hour-long episode of something eats up a fifth of your monthly data allowance, you give it a miss.

Pots and pans. Before we left the States, we stocked up on all the pots and pans we possibly could. (My husband is a chef, so this isn't as weird as it might sound.) When we got here, we found a mysterious sort of stove that didn't seem to be doing what it was supposed to be doing: cook food. We hadn't been warned that the house came with an induction stove, which meant that not only were all the pans we'd brought uselessly, but we had to spend another literal arm and a leg buying pans that would work.

All of our winter clothes. Growing up in a relentlessly cold climate (and long having adapted to the idea that it's only chilly when it drops below zero), we're used to things like cars disappearing in snowbanks overnight. We knew – rationally – that it just doesn't get that cold in Ireland, but some things are just ingrained in you after a lifetime. So we brought winter coats when we would have been better off using the extra room for things like shoes.

Which brings us to the most important thing that we should have brought:

More clothes. I can't stress this one enough, and it's not just that styles are very, very different (and they are). A European XL (and you'll rarely find anything larger) is about the equivalent of an American size medium. I've come to the conclusion that it's not just a weight or health thing, either – we're just built differently. Finding shoes has become impossible. I'm a women's 10 or 10 and a half, and I have yet to find shoes in my size here in Ireland. They exist, I'm sure, (they must?!) but they're few and far between. When I was looking for a pair of tennis shoes to wear around the house on the cold stone floors (area rugs!), I ended up heading to the men's department where I found some of the larger sizes actually fit me. When you have access to American shipping, returns, and stores, be sure to stock up on shoes.

Did you make the move to Ireland? Tell us in the comment section what you were especially glad you brought and what you could have done without.