Famine-era Irish schoolhouse in beautiful Co. Kerry for sale for $115,000

Situated in a stunning natural setting, this former school and youth hostel in Glenmore needs work but has lots of potential. 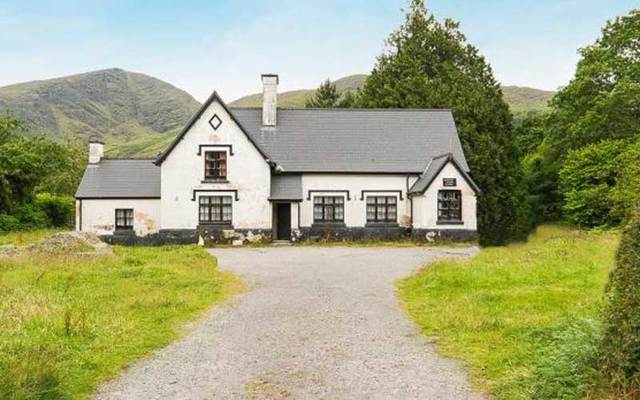 The Old School House in Glenmore was part of a post-Famine initiative to educated and revitalize the area. More than 100 pupils were in attendance the first day the it opened. Rural depopulation eighty-seven years later led to the school’s closure in 1967.

The building was purchased in 1971 and converted into a youth hostel by An Oige, a youth hosteling association. After 36 years, the hostel closed in 2007.

The building has a slate roof and ornate, paned windows, most of which have views of the mountains, lakes and countryside. The Old School House does needs renovation work and modernization and would be ideal for someone with a strong vision for the building.

The half acre site has trees and bushes, a well, phone connection, and electricity. To the east is Healy Pass and nearby is Glenmore lake. Kenmare, a popular market town with many restaurants and fine hotels, is also nearby.