One Irish lad, ten years, every country in the world 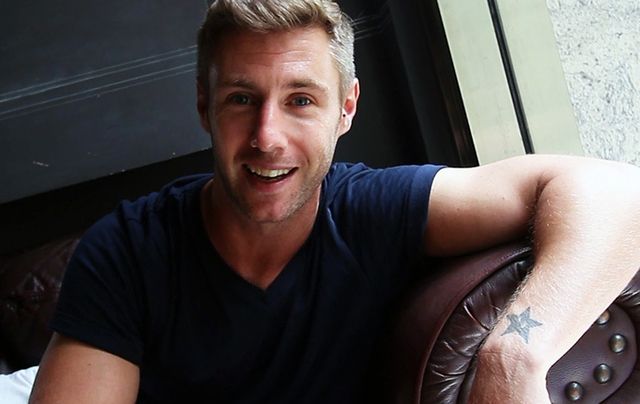 In June 2006, just one day after finishing up his university degree, Johnny Ward set off on an epic worldwide adventure that would see him spend the next ten years visiting every country in the world. Just before St. Patrick’s Day 2017, he finally achieved his goal, touching down in his 197th country – Norway – and celebrating with a beautiful pack of huskies.

The road to 197 has been far from easy. Most of the time Ward traveled alone, funding his journey through his blog and a search engine optimization (SEO) company to keep himself from falling into the red. Apart from taking the leap to fund his travel while on the go, however, Ward has experienced everything from muggings to bribery in his ten years of exploration, but nothing would deter him from seeing as much of the world as he possibly could.

“Watching a guy get shot in Angola, getting arrested in Ivory Coast, Ukraine, and India. Hospitals in Korea, Thailand, and Burkina Faso. Muggings, bribes, of course – 10 years of traveling, lots of stuff has happened!” Ward told IrishCentral, explaining that while concerned when he visited countries such as Somalia, Afghanistan, and Yemen, his family understood that it was his choice to explore. In total, he has been hospitalized 20 times, arrested twice and has spent time dealing with bribery, gunfire and civil war along the way.

“3/4 or more has been solo. When I was in the early years I had friends come and join, and a couple of crazy friends since then too. The majority has been alone though,” he said.

Ward was born in Galway and raised in Northern Ireland in a single-mother family. He graduated from a university in England in 2006 and traveled to the US to work in summer camps, followed by a stint teaching English in Thailand. Already showing his entrepreneurial spirit, Ward raised the money to venture on these trips by putting himself through medical research at an Irish hospital.

By 2009 he was working in sales in Australia and hating every minute of it, despite making good money.

He bought himself a one-way ticket to the 2010 World Cup in South Africa and began receiving offers of money for advertising on his travel blog. After that he never looked back.

Ward set up an online media company called Step4Ward Media, which provides web services like creating content and managing SEO. Clocking up about 20 countries a year, Ward has used this site to follow his dreams, avoid the office 9 to 5 life, and make the world his own office.

He visited, on average, 20 countries a year, 33-year-old Ward now has a base in Thailand but is more than happy to return to any part of the world he’s visited. When asked whether there was a favorite country or place he would especially like to return to, Ward answered, “I'd honestly go back everywhere, there's beauty in every corner of the world.”

To reach the end of his quest, however, still came as a relief. “Wow, it was immense. Also, it was a relief. Ten years, to finally achieve my goal, it felt amazing,” he said, explaining that Norway was left until last because “it's safe, beautiful, easy to get to, logistically sound – and of course, the Arctic Circle, Northern Lights, huskies, snowmobiles etc. Pretty cool stuff to finish with.”

After his second last country, Yemen, which took him several attempts to enter before finally hitching a ride on a cement cargo ship to the island of Socotra last month, we can certainly see how going to Norway was a breeze.

While he doesn’t believe he will permanently return to Ireland in the future, Ward does have big plans for his next step now that all countries have been successfully ticked off his bucket list. Ward intends to focus on building his charity GiveBackGiveAway.com, which builds playgrounds for kids in impoverished areas twice a year. Other aims on his list include: traveling around the world in 80 days with no flights, traveling from Bangkok to Belfast in a tuk-tuk, and cycling from San Francisco to New York City.