The 2021 Georgina Campbell Awards, described as "a kind of love letter to Irish food and hospitality," highlight Ireland's best restaurants, pubs, and hotels. 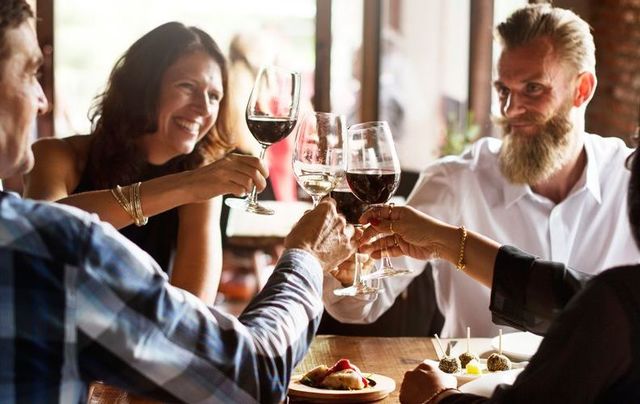 The winners of the Georgina Campbell Irish Food & Hospitality Awards 2021 have been announced.

The annual Georgina Campbell Awards, now celebrating 23 years, "recognize and honor Ireland’s standard-bearers in food and hospitality with particular emphasis, this year, on the industry heroes who have maintained quality and put out the welcome mat with a smile whenever permitted during the pandemic."

Described as "a kind of love letter to Irish food and hospitality," this year's awards highlights Ireland's best restaurants, pubs, and hotels  -- businesses that have managed to thrive despite the challenges of the last 18 months.

“I am lost in admiration for all of the brave and dedicated people in the sector who have stretched themselves to the limit to keep their businesses (many of them family owned) going, keep their staff together if at all possible, and provide incredibly creative alternative services to customers,” said Campbell.

This year's winners include Chapter One by Mickael Viljanen in Dublin, which was awarded Restaurant of the Year, and Damien Grey, of the Michelin-starred Liath in Blackrock, Co Dublin, who was named Chef of the Year.

Seafood Chef of the Year went to Denis Vaughan, of Vaughans, in Liscannnor and Lahinch, Co Clare.

The Olde Glen in Carrigart, Co Donegal was named Pub of the Year.

Alex and Carina Conyngham of Slane Castle and Rock Farm Slane, Co Meath were given the Movers & Shakers award.

The Newcomer of the Year title goes to Camus Farm Kitchen in Cork.

The Georgina Campbell’s Guides is Ireland’s leading independent hospitality guide on the best places to eat, drink and stay on the Emerald Isle.

According to Georgina Campbell’s Ireland’s website, winners are assessed anonymously by an independent team in a year-round process.

Restaurant of the Year

Chef of the Year

Seafood Chef of the Year

Pub of the Year

Hotel of the Year

Country House of the Year

Guesthouse of the Year

B&B of the Year

Business Hotel of the Year

Family-Friendly Hotel of the Year

Pet-Friendly Hotel of the Year

Street Food of the Year

Hideaway of the Year

Newcomer of the Year

Taste of the Waterways Award