Take a look around the Faroe Islands from the perspective of their massive ovine population. 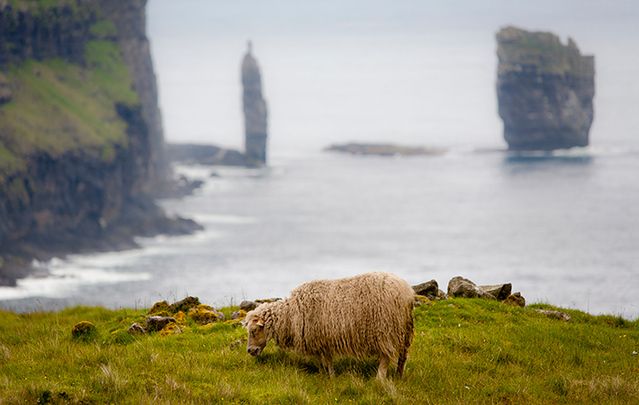 Take a look around the Faroe Islands from the perspective of their massive ovine population. Getty images

Imagine being able to view the Cliffs of Moher or the Dingle Peninsula from the eyes of farm animals who can climb onto ledges you may never reach. Well, with scenery that we reluctantly say could rival Ireland’s any day of the week, the Faroe islands have begun on a project that will provide exactly that, showcasing the best of their islands through the eyes of their most populous mammal: the sheep.

Unfortunately for the 18-island chain, the videos they’ve created are out of necessity, however, as they grew sick and tired of waiting for Google to visit and supply them with Street View. Although you can today visit the top of Mont Blanc through Street View, the company has as yet failed to venture to this autonomous island country that resides within the Kingdom of Denmark, and in order to encourage the company to visit, several islanders took it upon themselves to photograph five incredible locations through Sheep View 360, established under the campaign #wewantgooglestreetview.

Durita Dahl Andreassen of Visit Faroe Islands began the project with the help of a local farmer and made the most of the country’s 80,000 sheep to do so by attaching cameras to their backs with a specially crafted harvest, inserting a phone that would take a photo every minute. The project has taken five panoramic videos of locations on the island allowing you to look around as the sheep graze happily away.

It’s easy to see why the Danish name for the islands is Færøerne, which may reflect an Old Norse word for sheep “fær”, when you witness thousands of sheep wandering freely around the island, one of the only places in the world where they can do so. In fact, you’ll quickly notice that the sheep vastly outnumber the 49.188 humans, a ratio of almost 2:1.

“Here in the Faroe Islands we have to do things our way,” Andreassen told the Guardian.

“Knowing that we are so small and Google is so big, we felt this was the thing to do.”

As the sheep stroll around, the phone takes pictures and sends back GPS coordinates to Andreassen so she can later upload what the sheep have captured to Google Street View herself.

But why do they want to have Google Street View so much?

“I think that we’re ready for this,” says Andreassen.

“It’s a place that has always been so hidden and far away from everything, but I think that we are ready to invite people to the place.”

Although goats are the animals known for their mountain-climbing abilities, the sheep in these videos don’t do a bad job of bringing us a whole new perspective of their island’s landscape and make us wish we could do the same in Ireland, although we’re not sure the sheep in the Curragh will give us such an exciting view!

We also have a lot more sheep to rely on in Ireland although they still don’t outnumber our human population. According to 2015 estimates, there are 3.3 million sheep in Ireland while census figures released for 2016 just this week show the Republic of Ireland’s population has now grown to 4.8 million.