For the ninth year in a row, Ireland won the Travel Weekly Reader's Choice Award for the best travel destination in Europe. 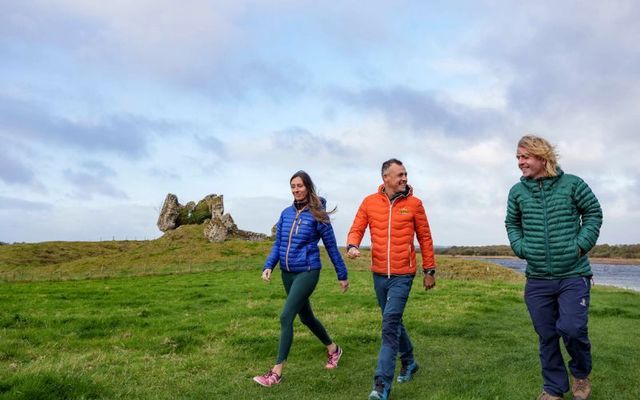 Ireland was honored as the best travel destination in Europe at the 20th annual Travel Weekly Reader's Choice Awards in New York.

It is the ninth year in a row that Ireland has won the Travel Weekly award and representatives for Tourism Ireland accepted the award at the ceremony. Ireland beat off competition from a number of other European travel destinations — including Italy, France, Greece, Spain and Croatia — to secure the award.

Accepting the award in New York, Tourism Ireland’s Head of North America Alison Metcalfe said: "We are delighted that Ireland has been singled out for the ninth year in a row for this prestigious award.

"Travellers nowadays have tremendous choice, which makes it more important than ever for us to ensure the island of Ireland stands out from other destinations – so this award is really good news, as we prepare to kick off another extensive and targeted promotional drive in 2023.”

The United States remains an extremely important market for tourism to the island of Ireland. In 2019, 1.7 million Americans visited Ireland and delivered €1.6 billion to the economy.

Alison Metcalfe continued: "I would like to take this opportunity to thank our travel trade partners across the United States – who continue to play a hugely important role in helping us promote the island of Ireland.

"I would also like to acknowledge the hugely important contribution of our tourism partners from the island of Ireland, who joined us on the ground in the US this year, helping to spread the word about why Ireland is such a great choice for a vacation. We look forward to working together again in 2023."

Travel Weekly is a leading weekly newspaper for American travel agents and travel professionals. The black-tie gala dinner and ceremony was hosted at the American Museum of Natural History and the award was voted on by thousands of readers of the publication.

The publication also recognized four people with Lifetime Achievement Awards that pays tribute to individuals whose efforts have led to extraordinary results within an organization and who have also made significant contributions to the industry as a whole.

In addition, the Travel Weekly Sustainability Award was given to The Travel Corporation in recognition of its long-standing commitment to sustainable practices.