Ireland named best country for Americans to move to

A new study has named Ireland the best country in the world for Americans to move to based on the quality of life and cost of living. 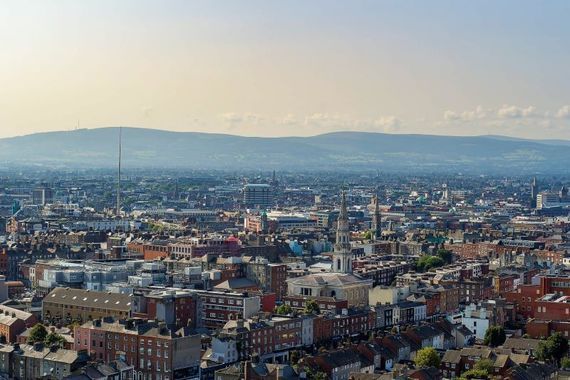 A new study has named Ireland the best country in the world for Americans to move to based on the quality of life and cost of living.

Business Insider used data from the International Monetary Fund (IMF) to compare house price-to-income ratios in 57 different countries in addition to the average cost of a two-bedroom flat in the city center.

The publication also studied the most recent Human Development Index, which ranks a country's life expectancy, education, and per capita income.

Ireland ranked highly in terms of its house price-to-income ratio and its ranking in the UN's Human Development Index, although the average cost of a two-bedroom home was among the highest in the top 13 countries.

Business Insider noted that Irish house prices have risen significantly in recent times due to the highest levels of demand since 2007 when a construction bubble led to a housing downturn and one of Ireland's worst-ever recessions.

However, it also noted that experts have forecast that the growth of house prices will slow down considerably in the last quarter of 2022.

"Experts say a repeat (of the 2008 downturn) is unlikely," the publication noted.

As well as the favorable cost of living conditions, Business Insider noted that Ireland offers "breathtaking views of nature".

"Known as the Emerald Isle, Ireland is renowned for its wildlife and natural beauty. Each year, millions of foreigners come to the small island to visit its national parks and partake in its numerous festivals," Business Insider said in a description of Ireland.

Turkey ranked second-highest in the Business Insider ranking, while the United Arab Emirates, Cyprus, and Romania made up the top five.

WATCH: Charming villages at foot of Mount Brandon on the Dingle Peninsula