History comes to life at the Little Museum of Dublin: Brendan Bracken 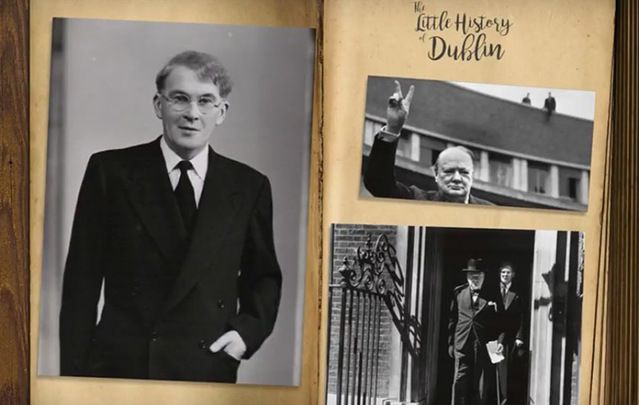 The Little Museum of Dublin has brought history to life with 15 short films covering nugget-sized pieces of Ireland’s history. Each week IrishCentral will release one of the new clips. This week’s topic is Brendan Bracken, Minister for Information during World War II and Private Secretary to Winston Churchill, a Tipperary man.

Brendan Bracken, born near Templemore, in County Tipperary was Minister for Information during World War II, Private Secretary to Winston Churchill, Privy Counciller and a publisher. For the duration of the War he served at 10 Downing Street.

He is best remembered for opposing the Bank of England's co-operation with Adolf Hitler and for subsequently supporting Winston Churchill's prosecution of World War II against Hitler. He was also the founder of the modern version of the Financial Times newspaper. Another interesting fact is that George Orwell (the famous author of “1984”) was a civil servant under Bracken's department during the war years.

Speaking about the Little Museum of Dublin’s new short videos museum director Wissame Cherfi explained the idea behind the new movies. He said, “The idea was to create a series of videos that are fun and informative. I’ve always thought that the best way to learn and remember something is to have fun while doing it. We also wanted the films to be accessible to a broad audience, reaching young and old alike.”