Ireland’s capital tops polls with young American travelers in the know along with Aer Lingus. 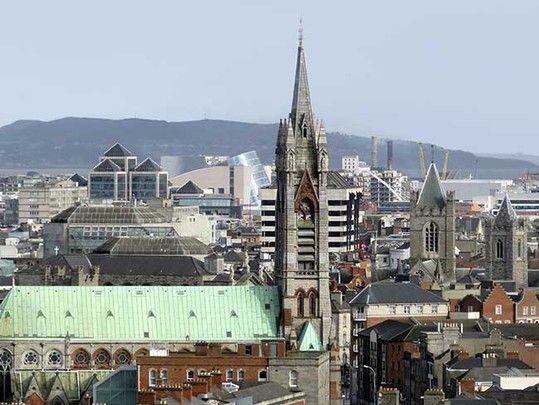 Dublin city from above: Ireland’s capital tops polls with young American travelers in the know along with Aer Lingus. iStock

The awards were organized by Trazee Travel, a publication owned by Global Traveler, which targets travelers aged 18 to 35. It celebrates young, “in-the-know” holidaymakers. The awards were chosen by the publication’s contributors and an online vote.

Alison Metcalfe, the North America Head of Tourism Ireland, the marketing body that promotes Ireland, said a lot of work has been done behind the scenes to build awareness of Ireland among the American audience.

She told the Irish Independent, “These young independent travelers are open to traveling for shorter breaks and are looking for cities that offer vibrant and distinctive cultural experiences.”

According to recently released figures from the Central Statistics Offices, Ireland is set for another record year of tourism with the United States holidaymakers being a key demographic. From January to June 2015 the number of Americans visiting Ireland has grown by 15 percent.

Tourism Ireland is determined to ensure that growth continues and to that end plans to operate an extensive program of promotions in the US for the rest of 2015. A spokesperson said, “Ireland now welcomes 10pc of all American visitors to Europe – particularly noteworthy given the intense competition from other destinations.”

Orla Carroll, Director of Dublin for Fáilte Ireland said, “This award is a fantastic accolade for Dublin which proves that our capital has something unique and extraordinary to offer the young and discerning traveler. Failte Ireland and the Dublin Tourism Industry have been working hard to reposition Dublin as a destination that offers unforgettable experiences to the young adventurous traveler.

She added “More than that, it is a real testament to the variety and quality of experiences Dublin has to offer visitors of all ages.”