Donegal airport named among “most scenic landings” in the world

Not only has Donegal been called the coolest place in the world, but it’s also got the second best airport, it seems. 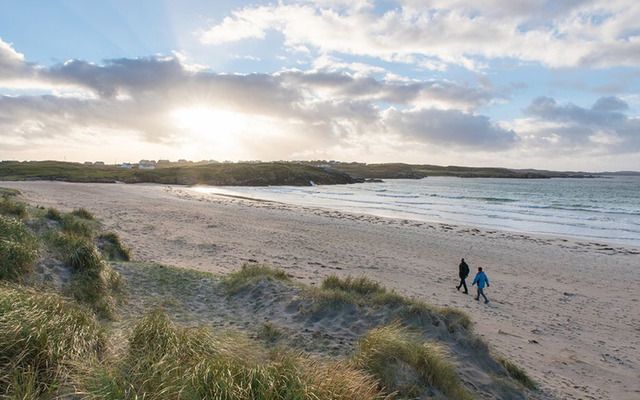 Donegal Airport has named the world’s second most scenic in a poll 8,000 people.

Although beaten to the top stop by Juancho E Yrausquin Airport on the Caribbean island of Saba, Donegal beat a further 120 airports nominated to claim the silver medal slot.

The airport in Carrickfinn is located mere feet away from the Atlantic Ocean and some of Donegal’s most picturesque sandy strands.

"We couldn't have asked for a better endorsement, and we're delighted with the feedback," Pauline Sweeney, the airport’s Marketing Manager, told the Irish Independent.

"It strengthens our belief that Donegal captivates from the first glimpse!

"I was on a flight myself from Scotland on Sunday, and you can see the coast the whole way down. It does you good to be up in the air every now and again and look down on what we have here!"

@TourismIreland There is no better way to take your first peek at the Wild Atlantic Way than to actually land on it ! pic.twitter.com/sZhCig48WM

Local woman Laura Boyle told IrishCentral the news didn’t surprise her at all.

“It’s a brilliant achievement for the airport and the area. I've always been very proud of where I come from, and this just makes me even prouder. It would be brilliant if this publicity brings more tourism to the area. The Gaeltacht [Irish-speaking] region has so much to offer.

This picture shows why Donegal Airport has been voted 2nd most scenic airport in the world @DonegalA @Failte_Ireland pic.twitter.com/4vwZB6zMoH

“Donegal always seems to be the forgotten county, so hopefully this will put us on the map.”

She described landing by the beach with the sea to your side as “breathtaking.”

The airport hosts daily flights to Dublin as well as regular ones to Glasgow, Scotland (where there is a large Donegal diaspora).